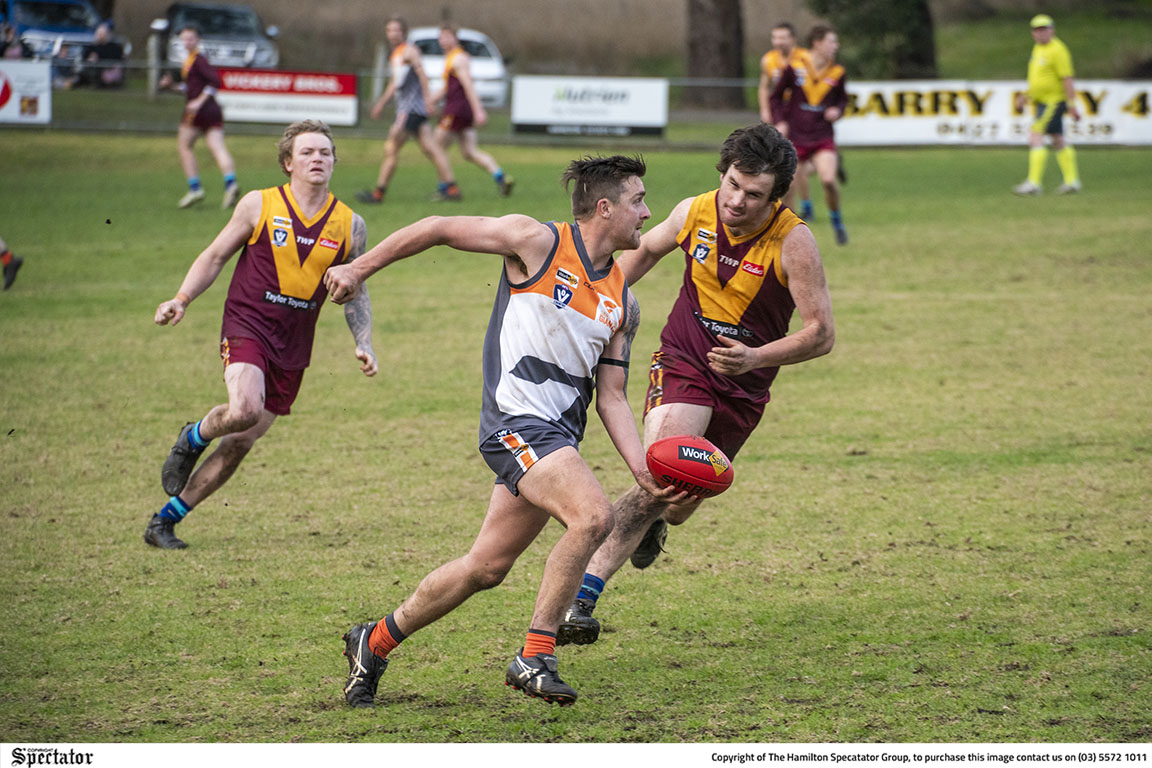 THE status quo of the South West District Football Netball League’s (SWDFNL) senior competition has been given a dramatic shake-up, with Coleraine and Westerns claiming massive upset victories on Saturday.

Westerns claimed their first win of the season with a stunning upset over reigning premiers Heywood in Heywood, 13.5 (83) to 10.8 (68).

Overshadowing the performance though was Coleraine, which became the first side to topple Dartmoor this season, beating the Giants by a point.