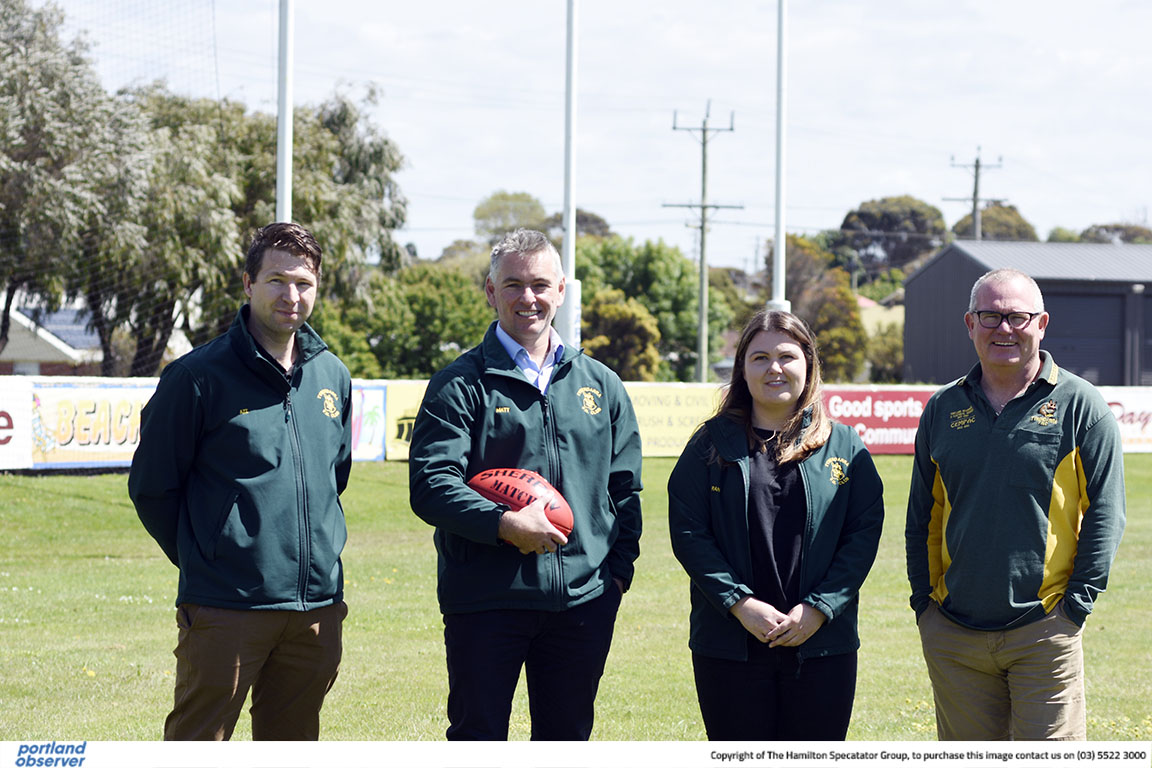 TYRENDARRA has locked in coaches for 2022. Aaron Elford will coach the reserves team, Matt Peters will remain in place as senior coach, Rani Kane will return as A grade coach, and Glenn Kane will coach the club’s inaugural women’s side. Picture: KAREN HODGE 211117KH20
By Portland Observer

TYRENDARRA Football Netball Club are preparing for a bigger and better 2022, with the addition of a women’s football side to the club that could have gone close to premierships in 2021, if they were given the opportunity.

The shortened ending of the 2021 season has left a feeling of unfinished business around the club, with senior football coach Matt Peters staying on in a non-playing role, Aaron Elford continuing as reserves coach, and Rani Kane due to undertake her second year in charge of the A grade netball side.