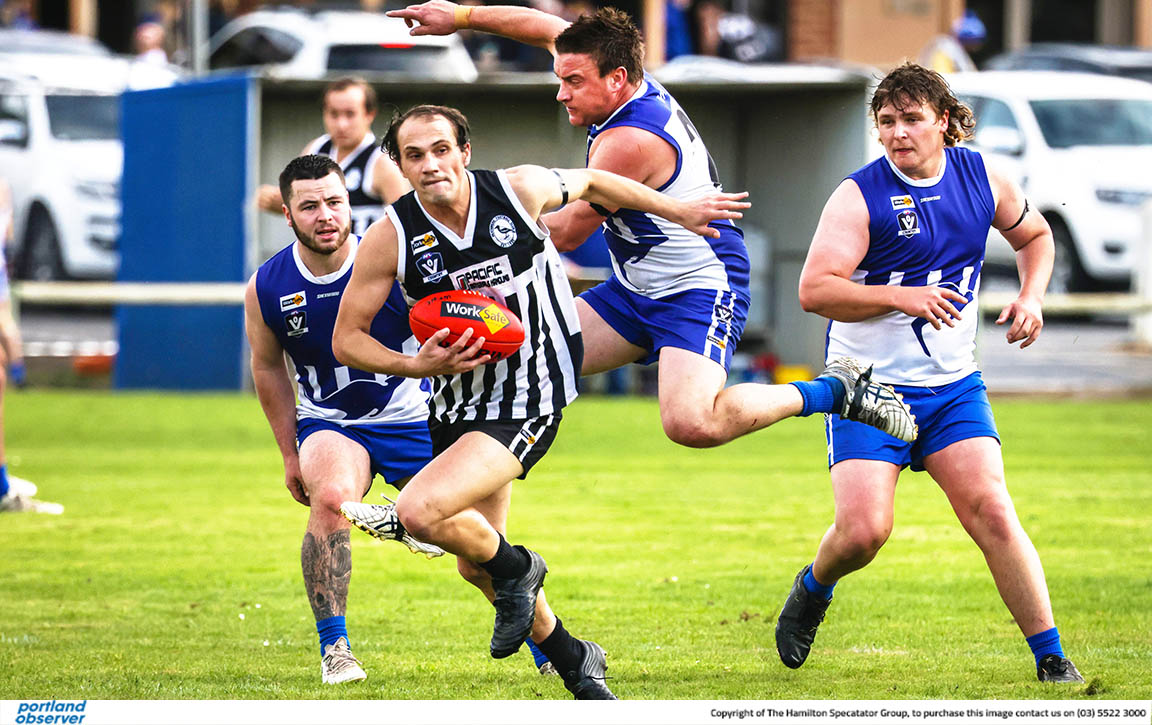 HEATHMERE’S Kyle Anson escapes a high-flying Stephen O’Brien during Saturday’s South West clash, however it was O’Brien’s Roos who were celebrating at the end of the match. Picture: NICOLE CLEARY 220507nc56
By Spec.com.au

IT was a battle between the two South West District Football League bottom teams with Westerns breaking its drought against Heathmere at Alexandra Park on Saturday.

Having kicked only three goals in total for the first four rounds of the 2022 season, it appeared that the blue and white’s annus horribilis was going to continue, as the visitors got the early jump and ran away to a 23-point lead at the long break.