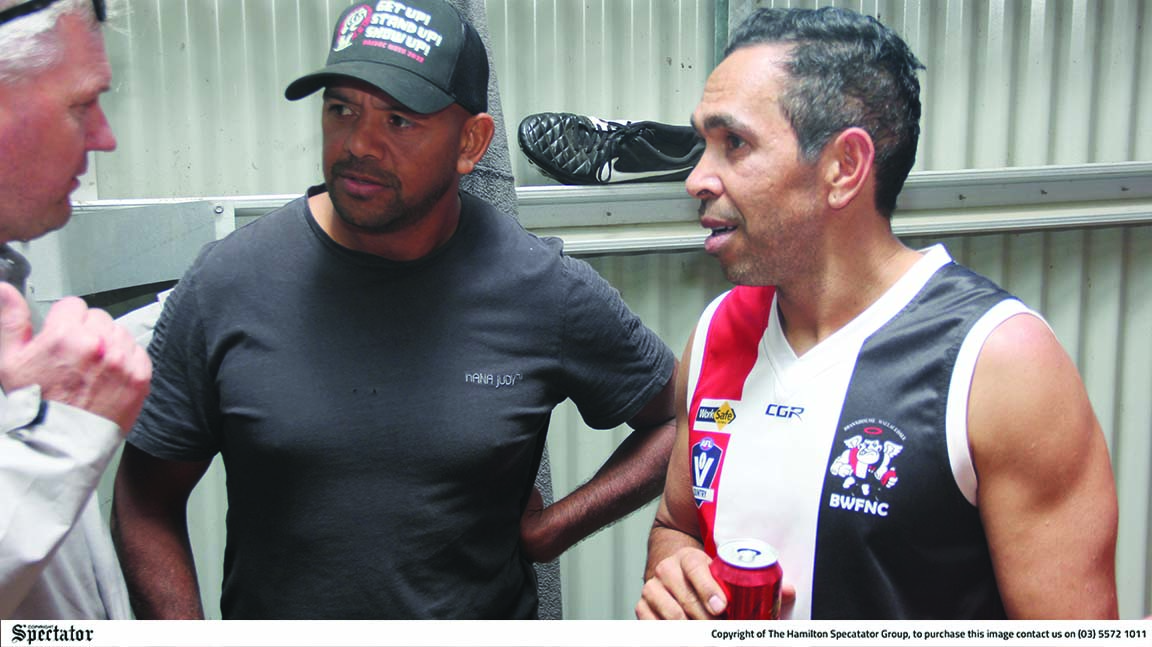 LEON Davis and Eddie Betts catch up for a chat after the game on Sunday. Photo: MARK RABICH.
By Adam Hill

IT was a reunion of sorts on Sunday with current Heywood coach and former Collingwood player, Leon Davis, watching on from the sidelines, as Eddie Betts plied his trade for the Saints in the South West District Football Netball League (SWDFNL).

The pair both played football at the highest level with Davis transitioning to the SWDFNL more than four years ago.