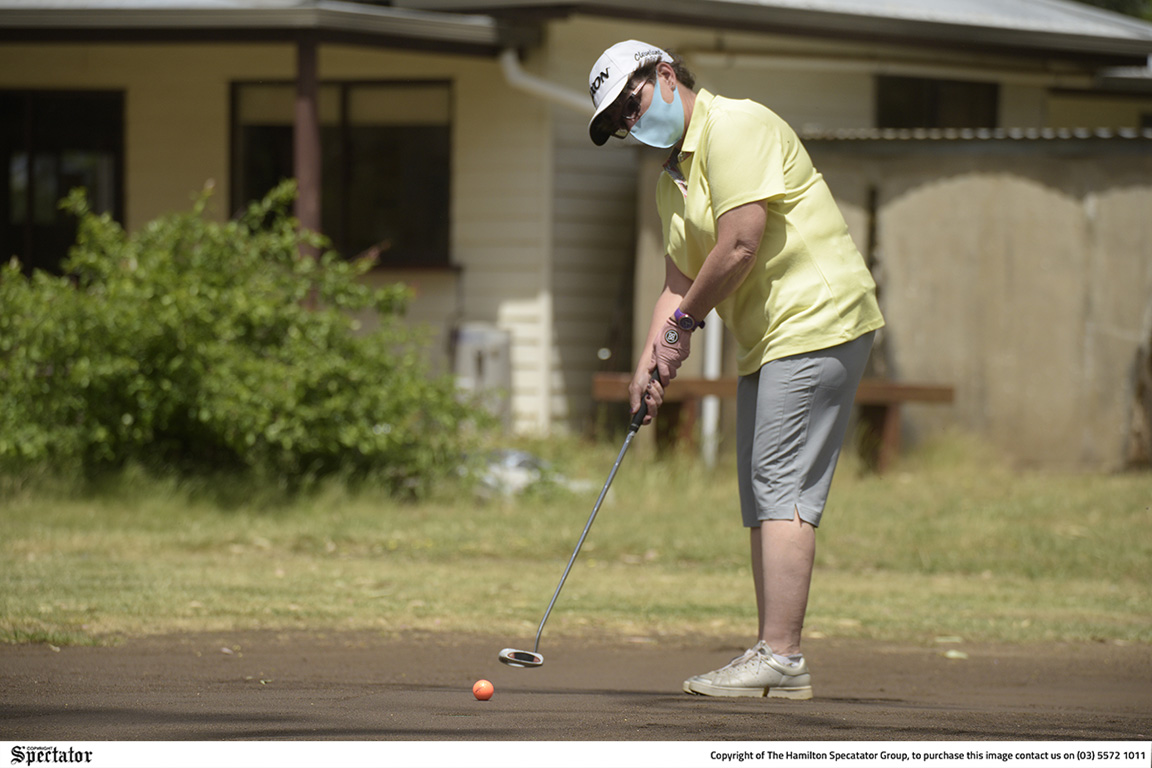 HAMILTON’S Tracy Dark puts her putter to good use during the charity event.
By Adam Hill

MOORALLA Golf Club’s ‘Doing it for Jarrod’ fundraiser proved a hit on Sunday.

It was the first time the club ran the charity event, named in honour of Jarrod Lyle who died of leukaemia, with 39 players involved in the mixed gentsomes event.

The three-player teams took to the course with Richard Sharrock, Will Luhrs and Pam Howell topping the leaderboard at the end with 97 points.