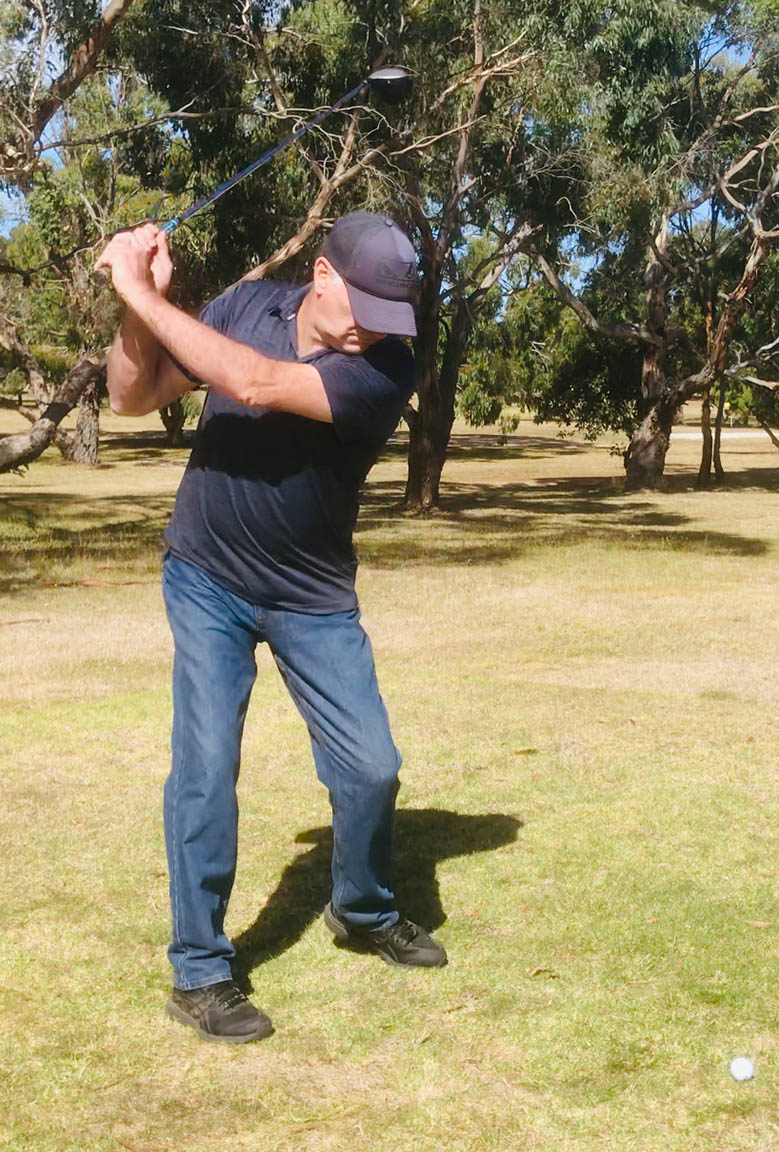 GRAEME Torney was among the winners this week at Parklands Golf Club.
By Admin

HERE were three competitive events at Parklands Golf Club this past week, culminating in a hotly contested Monthly Medal.

Early week performances gave a strong indication that Stewart Turner would feature strongly in this main event, providing he could control the stratospheric tendency of his drives off the tee.

Turner’s 71 nett did indeed put him in contention for a medal win on Saturday, but he and the other assembled hopefuls were left to marvel at a fine performance by the mercurial Graeme Torney.

Torney dispensed with his often-dangerous liaisons with the Parklands’ timber to frequently confine himself to the verdant and open fairways.

His nett 70 was a well-deserved victory.

Having secured the medal win, Torney was ineligible for the accompanying stroke event that was won by Turner with his 71 nett.

Second place went to Phil Kosch with a 73 nett and third-placed George Donaldson also finished with 73, losing to Kosch on countback.

Nearest the pins went to Chris Morey on the second, Mitch Miller on the fifth and 11th, Torney on the eighth and Allan Hitchcock on the 13th.

Longest putters were Turner on the first and 18th, Donaldson on the 16th and Dale Grambau on the 17th.

Ron Oakley clouted an impressive drive on the ninth to take out the longest straight drive, Vince O’Brien won the birdies and ferrets’ draw and Torney claimed the putting award with 23 putts for the round.

Friday nine-hole stableford
BARRY Oldaker played a consistent round of golf to claim this event with a stableford score of 20 points.

This was one better than Turner, while Kelly Hitchcock finished in third place.

Nearest the pins went to Bernie Cook on the second and Kosch on the fifth.

Wednesday 13-hole stableford
THIS event was played over the outward nine, plus holes 10, 13, 14 and 18 of the inward nine.

Turner’s 28 points was one better than Cook, who finished on 27.

Bruce Taylor was well back in third place.

Cook won the birdies and ferrets’ draw and holed the longest putt on the first.

Taylor was nearest the pin on the fifth.

This week
UNDER normal circumstances, Parklands’ women would be heading off for their annual trip away, but due to COVID-normal arrangements this event has been delayed until November 29.

They will instead gather at the Grampians course for golfing activity, followed by pre-Christmas festivity at a venue in Dunkeld where they will have a Sturgeon view.

Friday is the Summertime Golf Stableford over nine holes and we will be playing the inward nine.

In what is likely to receive varying levels of appreciation, Saturday’s main event will be an 18-hole par event.

Each player has a different par according to their handicap.

For example, a player with a handicap of 18 would have a par that is one over the usual par for the course; one over for each of the eighteen holes.

At the end of the round, you total your pluses and your minuses.

A score where your pluses rule out your minuses is a pretty good round.