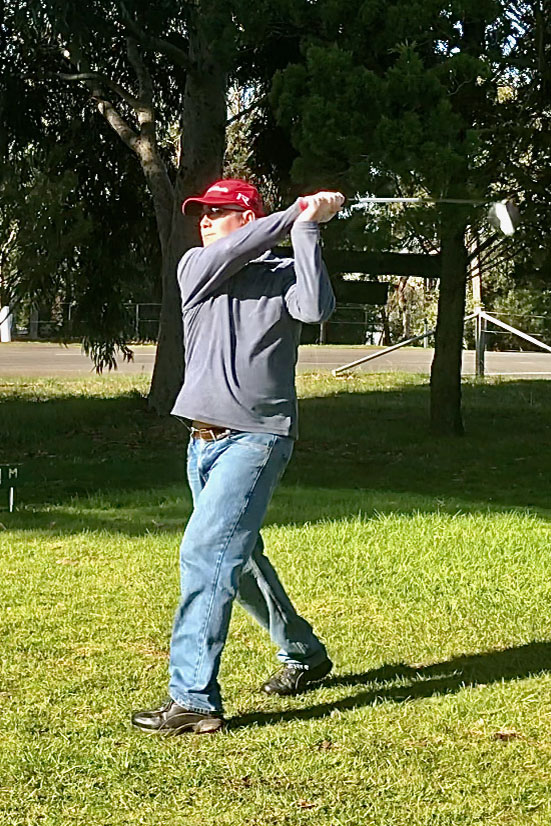 IT was another busy week on the course with the week’s wins shared.
By Admin

SPRING seems determined to hang on to elements of winter and keep the door firmly closed on the approaching summer.

One wonders how we will respond to our first day of 30-degree heat that will inevitably arrive.
In the meantime, the volunteer workforce at Parklands continues to mow, in a seemingly never-ending quest to control off-fairway vegetation at a level that enables the finding of the predictably wayward drive.
Paradoxically, it was the non-wayward driving of Vince O’Brien that was a feature of the week’s main event.

Saturday 18-hole Par
O’BRIEN finished square with the card to hold out an impressive Chris Morey on countback.
Third place went to Allan Hitchcock, who finished with a -2.
Nearest the pins went to Bruce Taylor on the second, O’Brien on the long eighth after a magnificent 200m drive, Kelly Hitchcock on the 11th, Stewart Turner on the 13th and Graeme Torney on the 15th.
Longest putters were Allan Hitchcock on the first, Barry Oldaker on the 16th, Alex Walter on the 17th and just to prove he’s not always just drive for show, O’Brien sank a long putt on 18.
Walter took out the birdies and ferret’s draw.

Summertime Friday nine-hole stableford
BERNIE Cook took out the Summertime event on countback from Stewart Turner in a tight finish.
Both players finished on 19 stableford points, triggering a countback, while Alex Walter was two points off the pace to finish in third place.

Wednesday 12-hole stableford
TURNER seems determined to retain the title of ‘perennial bridesmaid’, as he finished runner-up to the winner of Wednesday’s event.
Walter compiled 26 stableford points over the 12 holes to relegate Turner to second place on 25.
Marie Cook was one shot further back on 24 points.
Nearest the pins went to Taylor on the 13th and Marie on the 15th.
John Wilkinson took out the birdies and ferrets’ draw.

Monday 18-hole stroke
IRENE Box’s 72 nett enabled her to scoot away with this event, seven shots clear of Mary McCallum on 79.
Box was also to the fore in the novelties, taking out nearest the pins on the second and eighth.
Marie was nearest the pin on the 13th, and it was Heather Hay who claimed the honours on the 15th.
Longest putters were Hay on the 17th and Gina Kelly on the 18th.
Kelly also took out the birdies and ferrets’ draw, while Cook landed the longest straight drive on the ninth.
This week
THE main golfing event will be a two-person ambrose next Saturday.
The coming week will also see the installation of a new committee of management to steer Parklands through its 50th year.