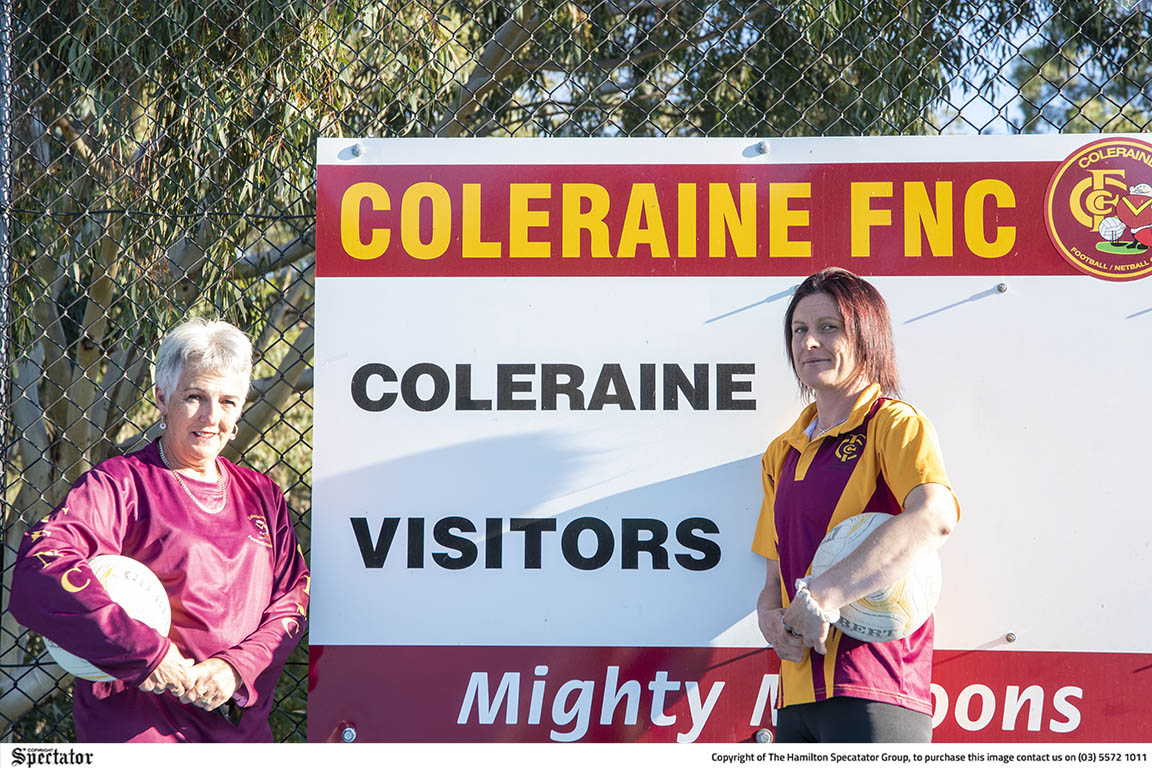 JENNY Mickel-Parry (right) has been appointed A grade and A reserve coach for Coleraine ahead of the 2021 season and will be joined Fran Malone as a new netball coordinator. Photo: MITCH LANG.
By Mitch Lang

Jenny Mickel-Parry will take on the club’s A grade and A reserve coaching roles, while Fran Malone is stepping in alongside the new coach as a new netball coordinator.

Mickel-Parry has been a successful coach with Coleraine in the past, coaching Maroon’s B and C grade teams to premierships in the past.

Having coached A grade netball before, she decided now was the time to again step up and lead the club’s netball teams.

“I’ve taken on the A grade and A reserve roles and I’m excited for what the season might hold,” she told The Spectator.