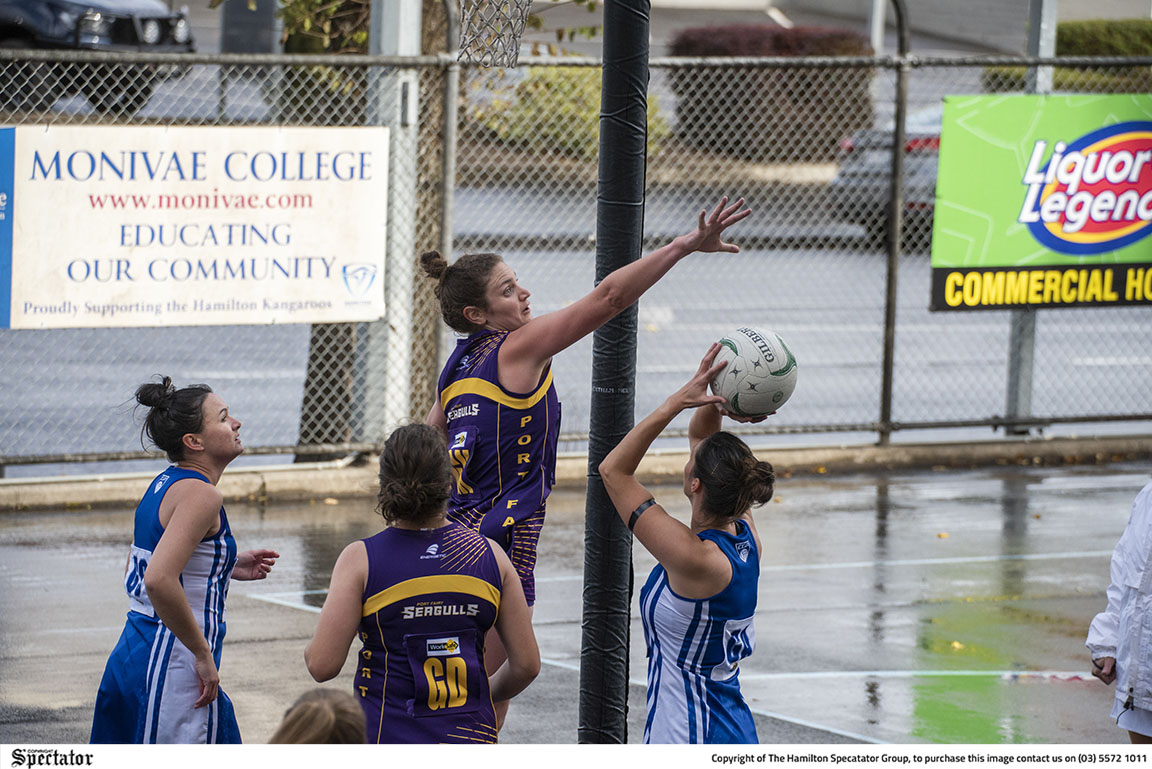 PORT Fairy’s Alicia Moloney defends an attempt at goal from Kangaroos goal attack, Hayley Sherlock, in the round one Open game on Saturday. Photo: BLAIR BURNS.
By Adam Hill

IT was a thrilling contest to open Hamilton Kangaroos’ Hampden Football Netball League Open season, going down to Port Fairy by four goals at Melville Oval on Saturday.

The home team was in the contest for much of the day, as the lead flipped multiple times during the season opener before the Seagulls were able to grab the momentum when it counted most to win, 40-36.