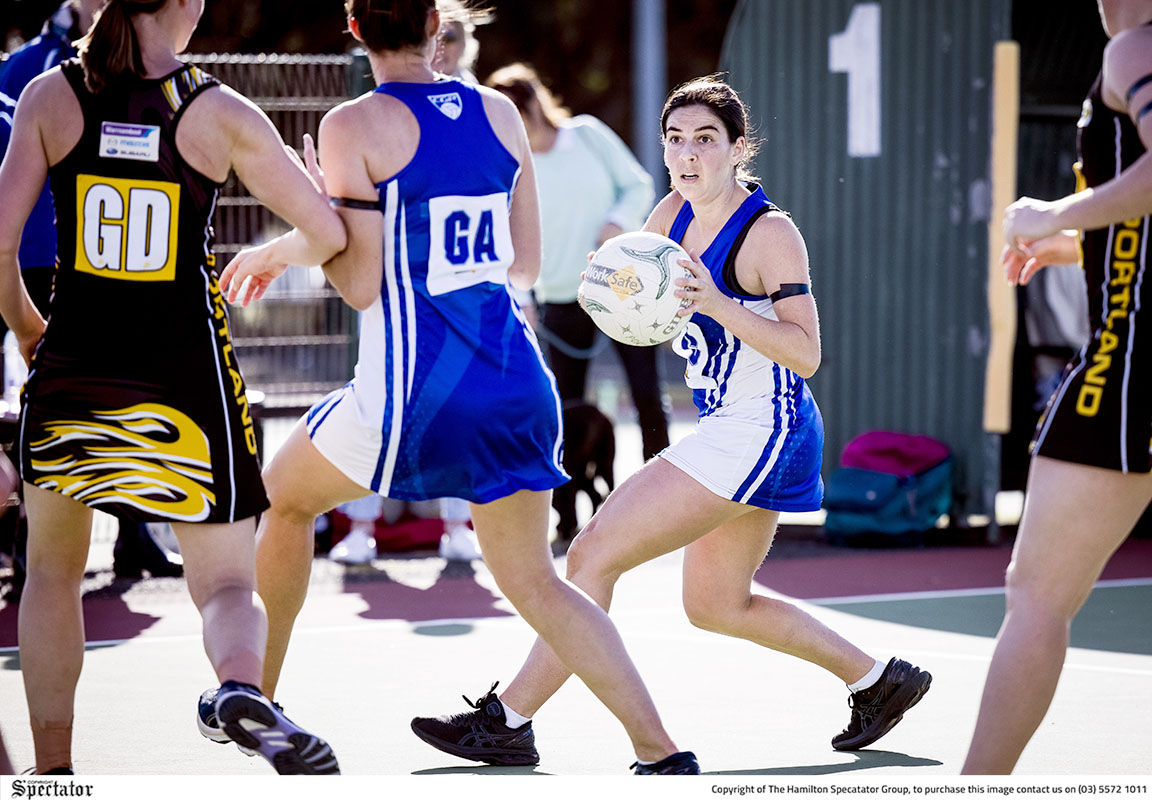 CHLOE Tuffnell was named in the Kangaroos’ best players during their win against Terang-Mortlake on Saturday. Photo: NICOLE CLEARY.
By Mitch Lang

The Kangaroos returned to Melville Oval for a late afternoon clash against a dangerous Bloods team and both Hamilton and Terang-Mortlake went into the round four clash with one win each, and it showed how well the first two teams matched up through the opening quarter.

The teams wrestled for momentum, going goal-for-goal, as the Bloods went into quarter time with a one-goal advantage.

Hamilton wrestled momentum back in its favour through the second term and captured the lead.

Led by the shooting of young gun, Hollie Phillips, the Kangaroos finished the first half in front, 21-18.