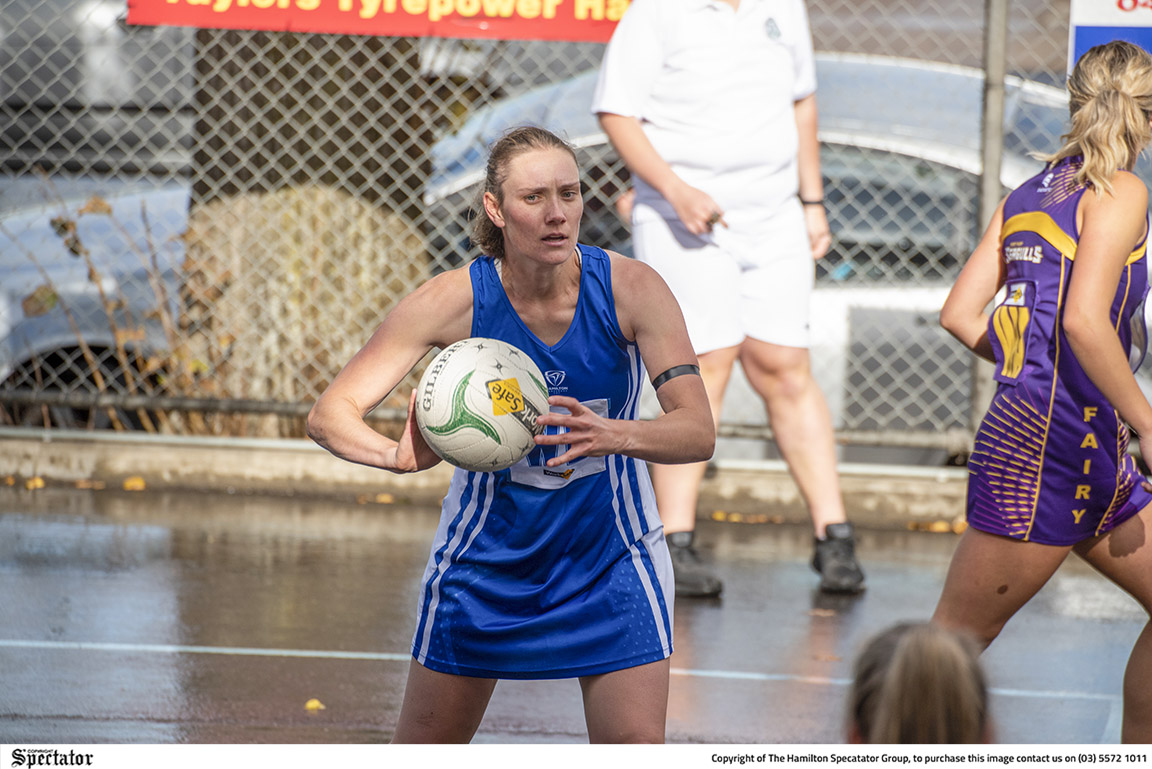 AN achilles injury is set to sideline Amanda Douglas for the remainder of 2021 HFNL season. Photo: BLAIR BURNS.
By Mitch Lang

TWO strong Hampden Football Netball League (HFNL) players and Hamilton locals are set for a long stint on the sideline after suffering season-ending injuries on the weekend.

Both Amanda Douglas and Ally Feely suffered achilles’ injuries during their team’s HFNL round four encounters.

Douglas suffered a 75 percent rupture of her achilles while Feely snapped hers completely, both requiring surgery.

It was early in the second quarter against Terang-Mortlake last Saturday when Douglas was defending and overstretched, resulting in a sudden pain.

Initially, Douglas thought she may have had her heel stood on, but the realisation that no one was behind her, was a clear indicator she had done something serious.

“I was defending my wing attack and I went to extend my reach by standing on my toes and it felt like someone had kicked me in the ankle and then stepped on it, but there was no one behind me,” she said.