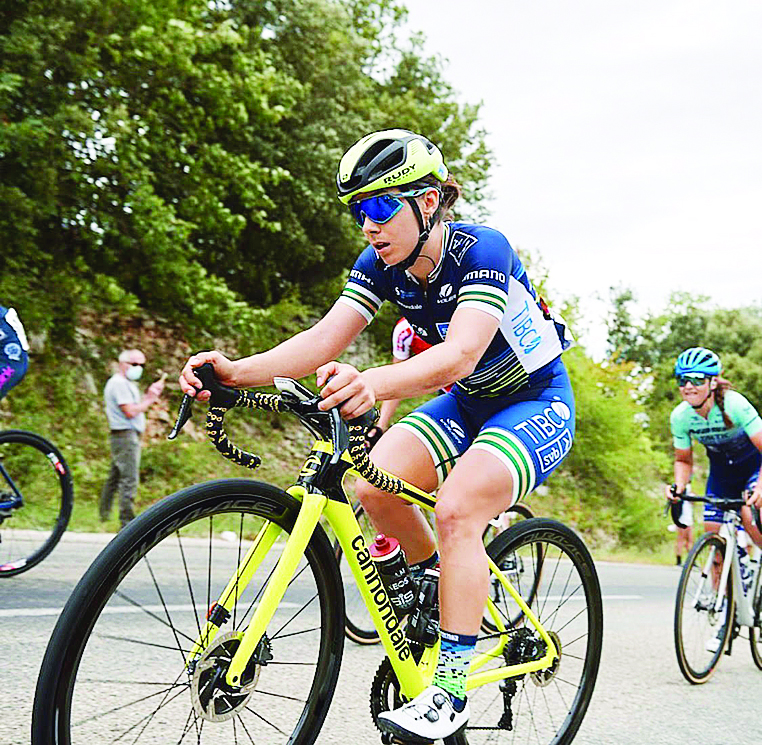 SHANNON Malseed and her Team TIBCO-Silicon Valley Bank counterparts are the winners of the 18th edition of the Tour Cycliste Féminin International de l'Ardèche in France.

The final stage took place on Wednesday in Savasse and at the conclusion of the 98.6km road race, Malseed’s Team TIBCO-SVB finished as winners in three key categories.

Stephens finished as the winner of the general classification, completing the seven stages with 80 points and a 38-second lead over second placed Mavi Garcia (Spain) with 56 points.

Stephens was also the winner of the points classification, finishing on 41 points ahead of Garcia with 40.

Team TIBCO-SVB was also the winner of the combine classification.

Team director Rachel Hedderman said that each rider within the team played an essential role in the end result.

“I'm super proud of how the team rode this week,” Hedderman said.

“From day one, everyone fully committed to the team goal. Before the race, we said that our goal was to win the overall, and fulfilling that is pretty sweet.

“I am most proud of how the team came together, stepped up, and took on the challenge.”

Tour de l'Ardeche is a series of gruelling stages dominated by uphill climbs, a landscape that contrasts with Malseed’s biggest strength which is explosive sprinting speed in flatter terrain.

Following the presentations, the team director Hedderman and the victorious Stephens both offered glowing praise for 25-year-old Australian.

“It's been a year since her last stage race, but Shannon ‘Dash’ Malseed was still a reliable presence at the front each day, ensuring the team was represented in early attacks while looking after Stephens,” Hedderman said.

“Boom, I’d be right back on Shannon’s wheel.

“She dropped me off in the perfect position for that final climb.”