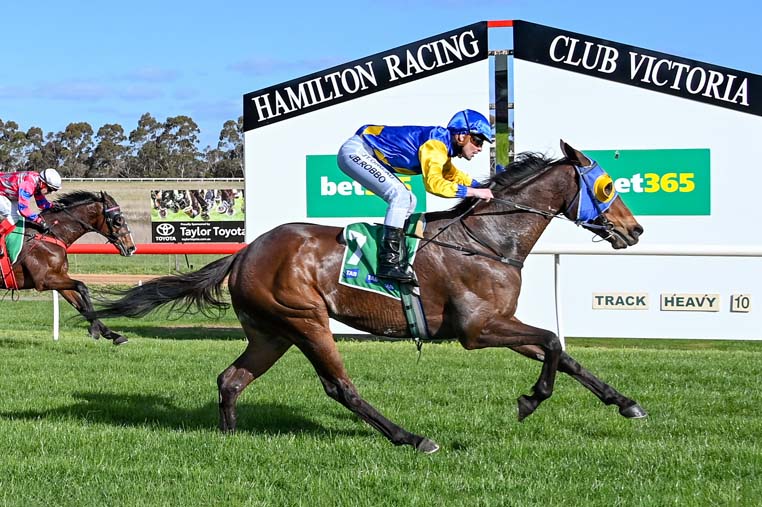 DESPITE plenty of rain in the days preceding Monday’s Hamilton thoroughbred meeting, the track raced in great order for the eight races.

Rated a Heavy10, the composition of the track and how it raced was a big compliment to track mentor, Darren Kolpin and his team.

During an era where track conditions are well discussed, the Hamilton track is one of the old school tracks that generally holds up and races fairly during Victoria’s wet months.

Winners were evenly shared with stables from both ends of the training spectrum among the spoils.

John Allen led the riding ranks with a double.\