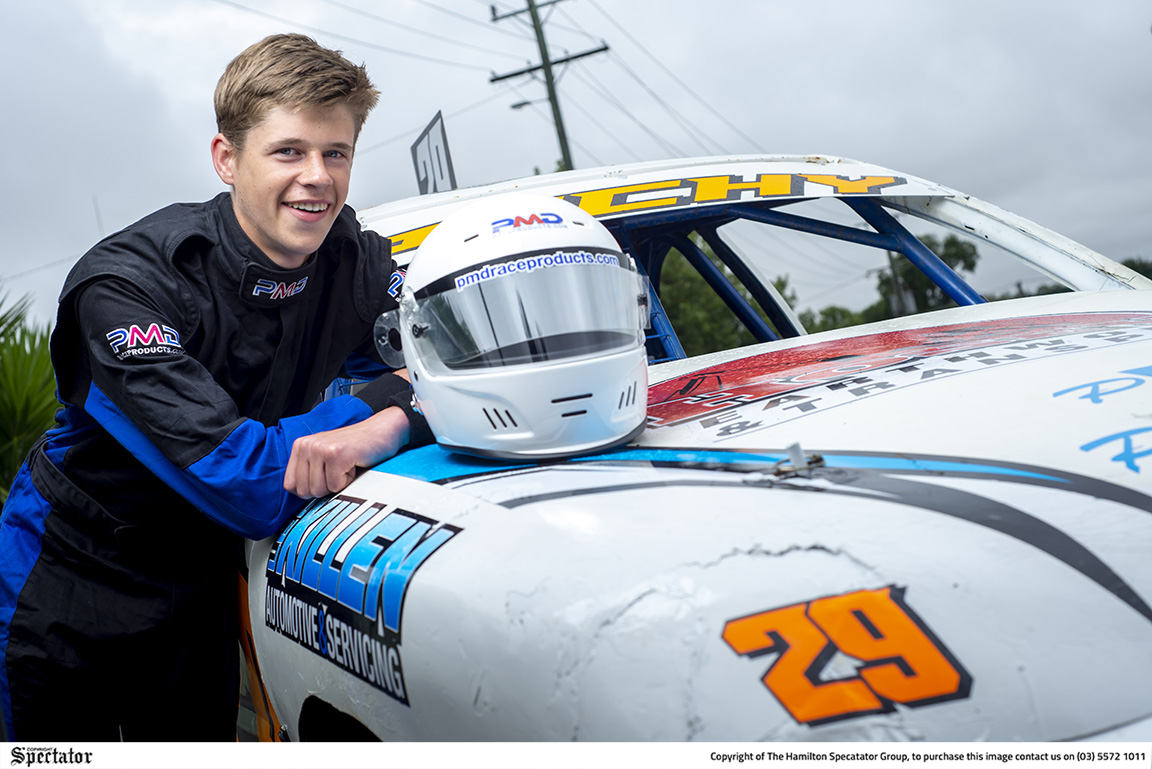 RYLAN Pech is hoping his second year of racing will go ahead after his debut season was impacted by COVID-19. Photo: CHRIS DOHENY.
By Adam Hill

SPEEDWAY is not for the faint-hearted, but one up-and-coming junior sedan driver is just starting his racing career.

Hamilton’s Rylan Pech enters his second season of racing in the junior class and has put his passion to good use.

Growing up around motorsport, his dad raced go-karts and his uncle has also had a prominent racing career on the speedway track.

Pech said racing was something he has always been interested and was excited to enter his second season in the driver’s seat.

“I have been going to races since I can remember,” he said.