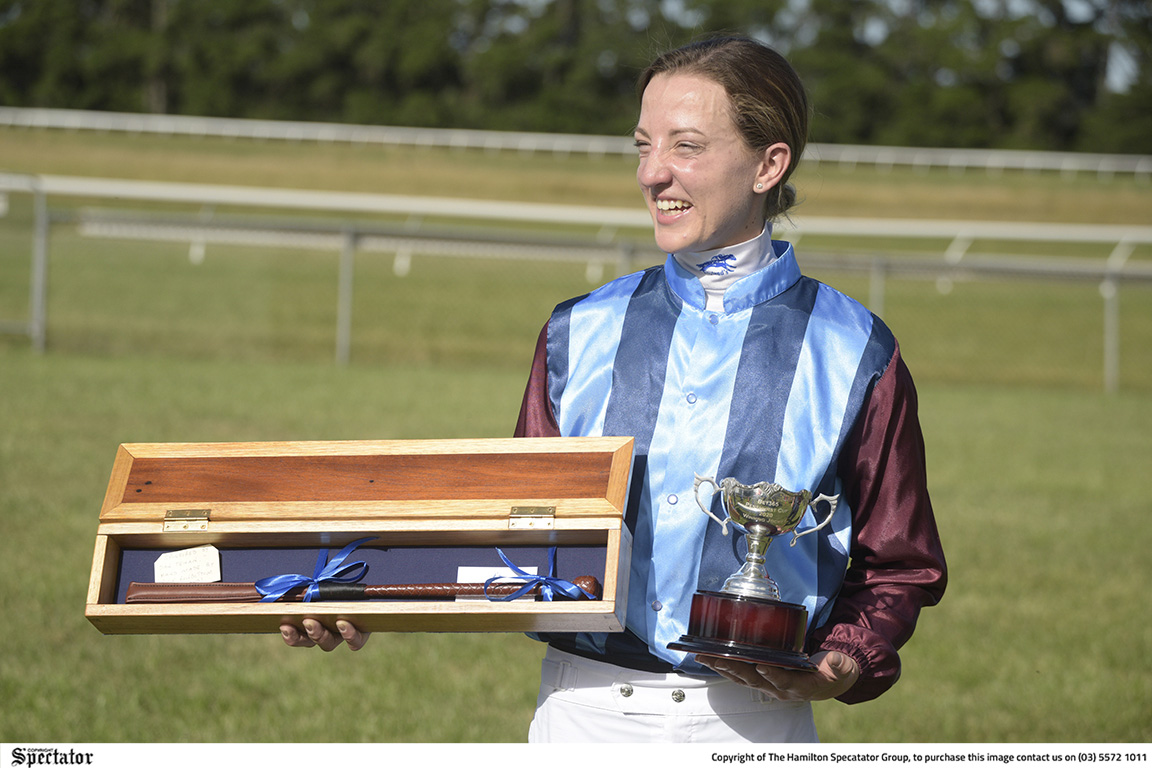 MELISSA Julius can't wipe the smile off her face after the cup presentation, receiving a commemorative whip and a replica cup to keep. Photo: CHRIS DOHENY.
By Peter Morganti

Combining with long-time supporter Symon Wilde, it was the second leg of a double after the pair won with Lady Delight in the Cottrills Plumbing & Page Electrical BM58 Handicap.

Julius’ ride on Sophie’s Revenge was telling, taking off at the 500m mark to put pressure on the top-weight and race favourite Tough Vic.