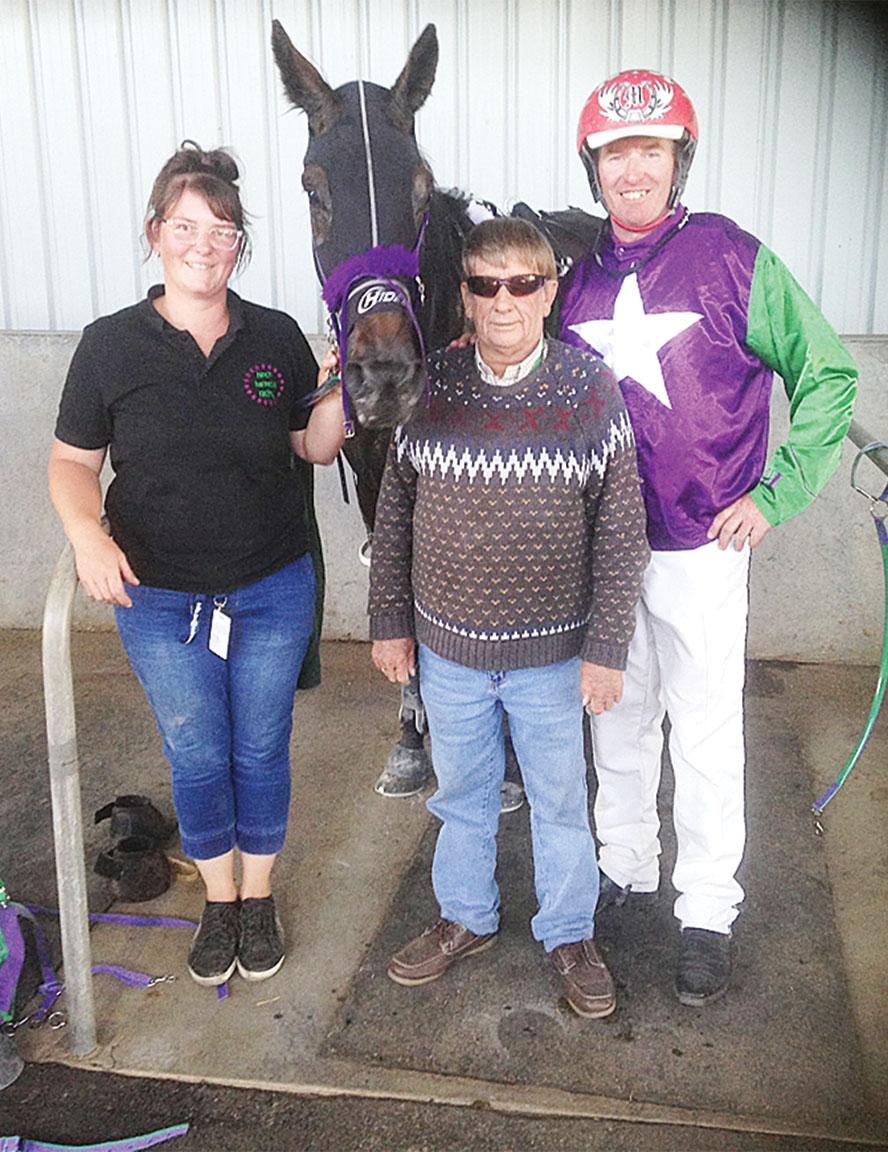 CHRISTMAS came early for Jon O’Connor and Emily Hinch at a race meeting in Horsham on December 23 with the pair of local horse trainers producing one winner apiece.

The third race of the day was a 2200 metre event featuring nine runners and when all was said and done, Major Mad, trained by Narrawong’s Jon O’Connor was the winner.

Major Mad is a five-year-old bay gelding which was raced 31 times for two wins and three seconds.

The winner at Horsham, driven by Connor Clarke, was Major Mad’s 24th race for 2020 and scooped the owner $3,990 in prize money.

The tenth and final race of the meeting was 1700 metre event which was won by El Banco, trained by Portland’s Emily Hinch and driven by Michael Bellman.

El Banco is an seven-year-old brown gelding which has raced 13 times for two wins and three seconds.

Proud trainer and owner Emily Hinch said it was a day well worth remembering.

“It was a great day out and El Banco was outstanding, he was driven beautifully by Michael Bellman,” she said.

“He had five starts before I began training him and his first run was in October in Ballarat and he won that, so we’re off to an exciting start.”

Hinch, who works as a midwife in Portland, has a long history of training horses but has only recently returned to the competitive after taking a brief break while starting a family.

“I’ve been training horses for a long time but I recently had kids and stepped away for a while and had a break,” she said.

“It’s been very easy to pick it back up again however, some things I guess you just never forget.

“There’s only a handful of us trainers down here in Portland and do keep in touch and offer each other advice and assistance which is really nice.

“It was great to see Jon O’Connor have a win at Horsham on Wednesday too, it was nice to see Portland trainers enjoying success and representing the region well.”