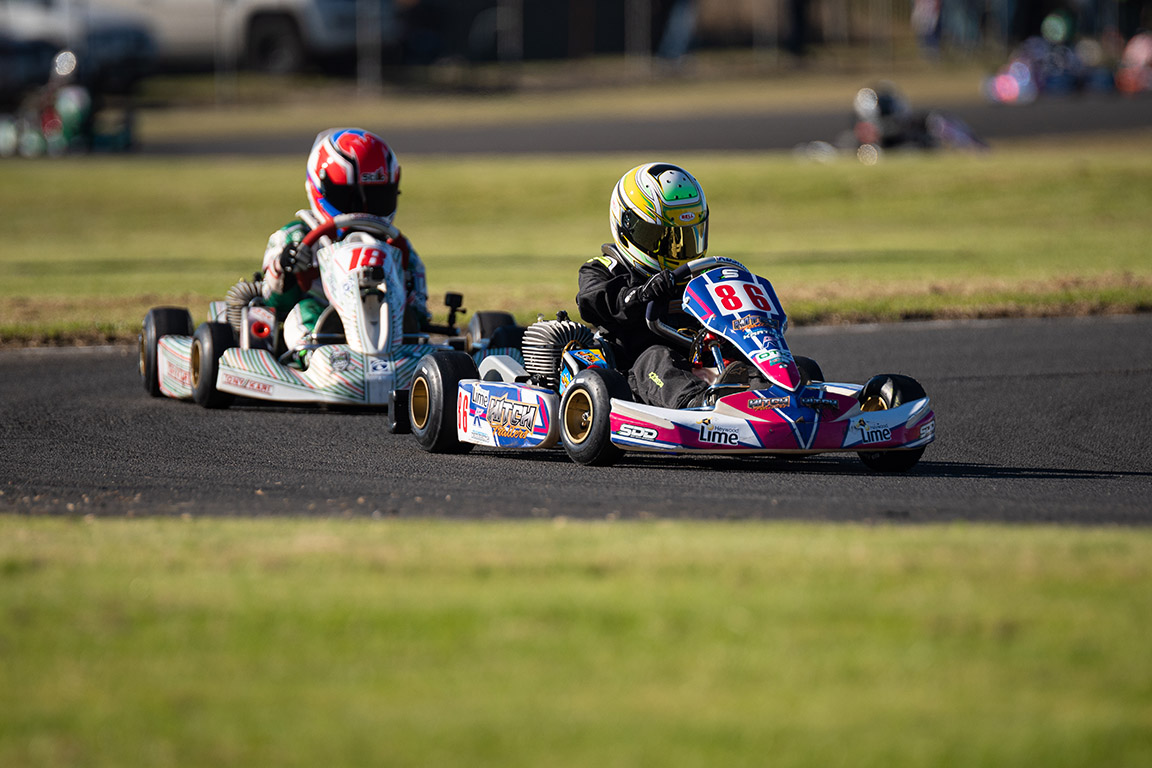 THE Portland District Karting Club hosted two days of exciting racing over Saturday and Sunday, with hundreds heading to the local track for the third round of the Victorian Country Series. There was something for everyone – with Ewan Anderson (86) racing in the cadet class. Pictures: DARRENS SPORTOGRAPHY
By Samuel Ord

ORGANISERS at the Portland District Karting Club are celebrating a job well done after hosting the Victorian Country Series over the weekend.

The Victorian Country Series is contested by drivers from right across the state, with six rounds taking place from February until November.

Competition in round three began on Saturday with practice runs and qualifying rounds, while the finals took place on Sunday.

“Apart from some mixed results for our locals it was a great weekend,” Storer said.

“The weather was perfect, and we had an awesome turn out for the event.

“Our drivers had some mixed results, Angus Hollis did really well in a very tough competition to get a solid fourth.

“Todd Chambers was going well in Combined Light until he had a crash in the opening laps of the second heat.

“I did okay to get a fourth as well, I was hoping for a bit better but it was still a solid result.”

Todd Chambers also raced in the KA3 Medium class and was Portland’s best finishing driver on Saturday, finishing in second.

The winner of the X30 class was a special guest for the event, Brad Jenner.

The Victorian Country Series will now head to Horsham for round four on July 18.

Round five (Hamilton) is booked in for September 12, and the Victorian Country Series comes to an end on November 7 in Ballarat with round six.