Stair climb at Bridgewater, not Melbourne, this year 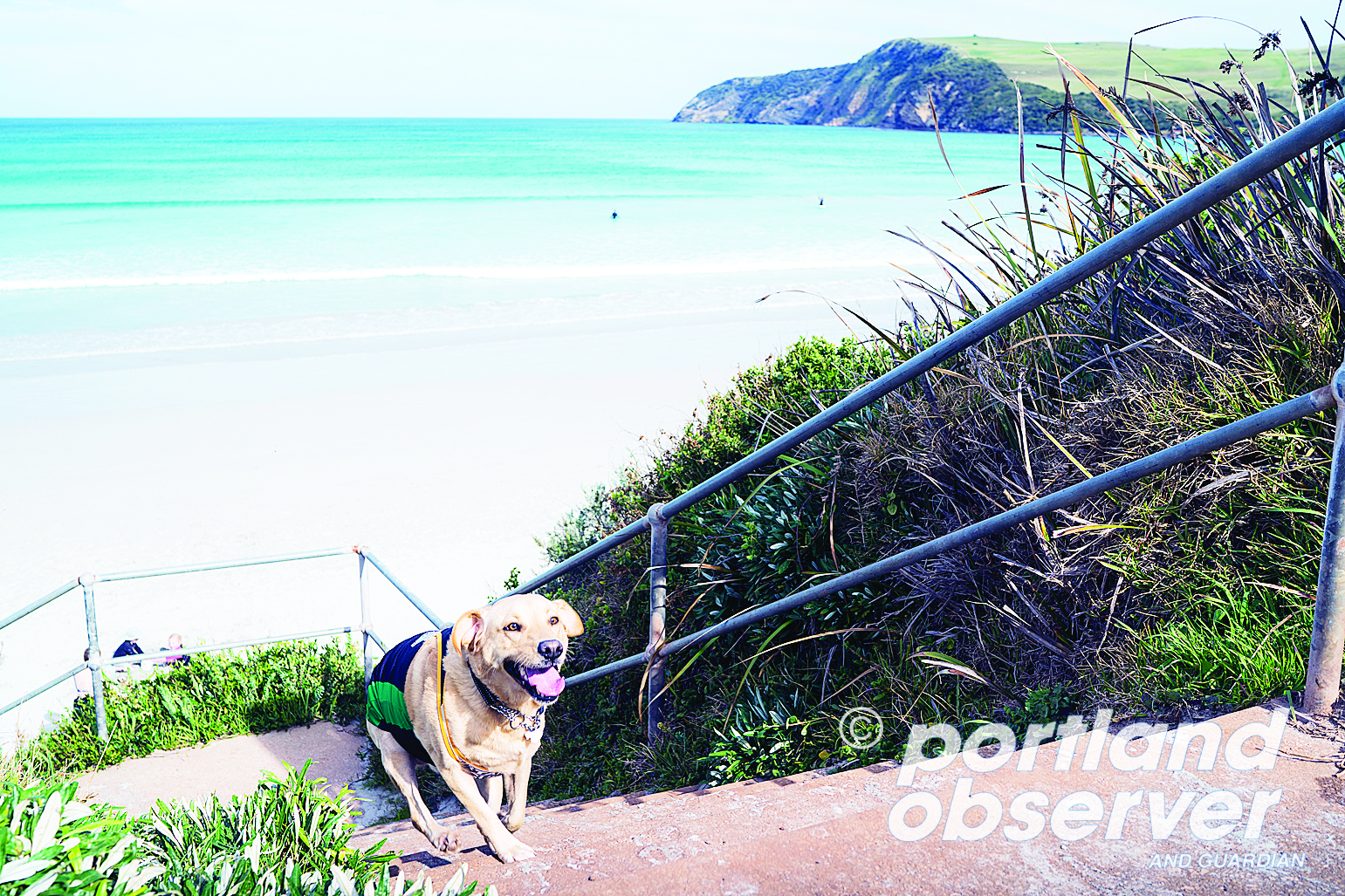 EMBER the crisis response dog is in training to climb 3000 stairs for charity in the next month alongside her owner, Portland firefighter Natalie Brindle. The pair are participating in the Melbourne Firefighter Stair Climb, which has been switched to an online event that is open for all community members to participate in this year. Picture: MICHAEL PETERS
By Angela McFeeters

EMBER the crisis response dog and her owner, Portland firefighter Natalie Brindle, would have been climbing 28 floors of Melbourne’s Crown Metropol Hotel this Sunday to raise money if not for COVID-19.

The climb was to be a repeat of the annual Melbourne Firefighter Stair Climb, which they have completed two times before.

However like many things in 2020, the event has been forced to take a different form online, with Ember and Ms Brindle to now take on 3046 steps locally by October 10.

The 3046 steps represent the number of Australians that lose their lives to suicide each year, tying in with the event’s mental health promotion theme: this year’s nominated beneficiaries are Lifeline, the Black Dog Institute and the 000 Foundation.

Those organisations provide support services, fund research, remove stigmas and raise awareness of mental health issues like depression, post-traumatic stress injury and suicide, especially for those within the emergency service and defence communities.

The need for such services is even more important this year after 2020 started with bushfires and descended into a health emergency, so organisers were determined to see the event go ahead in some form.

Current research reveals three million Australians are living with depression and anxiety and one in four Australians will experience a mental illness in their lifetime.

Ember has been a Portland Therapy Dog that visits local services and events for several years, and also works as a crisis response dog for Victoria Police and fire services staff, helping calm emergency services workers going through a tough time, provide support and a make a non-judgemental connection with them.

In her spare time, Ember loves going out for walks, swimming, kayaking, and is frequently so excited about stair climbs that she charges ahead of Ms Brindle before returning to her, adding some extra steps to her climbing challenges.

Ms Brindle said she and Ember, 5, would miss the social aspect of the fire fighter stair climb, with photo opportunities, pats for Ember from all variety of people and media interviews now an expected element of every mass-climb event.

“The one advantage this year is I can wear shorts, a t-shirt and joggers,” Ms Brindle laughed.

She said they could tackle the climbing target in two bursts, stepping up from Cape Bridgewater beach to the seals walk carpark because the steps are among the longest and most evenly-spaced steps in the region.

Ms Brindle is also hoping many more locals will join the climb challenge this year, too – no dog required – because individuals of all backgrounds are being invited to enter the climb by stepping up in their own home or local region.

It’s recognition that not nearly as much money will be able to be raised by regular climbers.

Last year Ms Brindle and Ember were able to raise more than $8000 for the climb, however this year their target is $2000.

To donate to Ember’s climb, go to firefighterclimb.org.au/climber/embertheservicedog.

For more information about entering the event yourself, go to firefighterclimb.org.au.