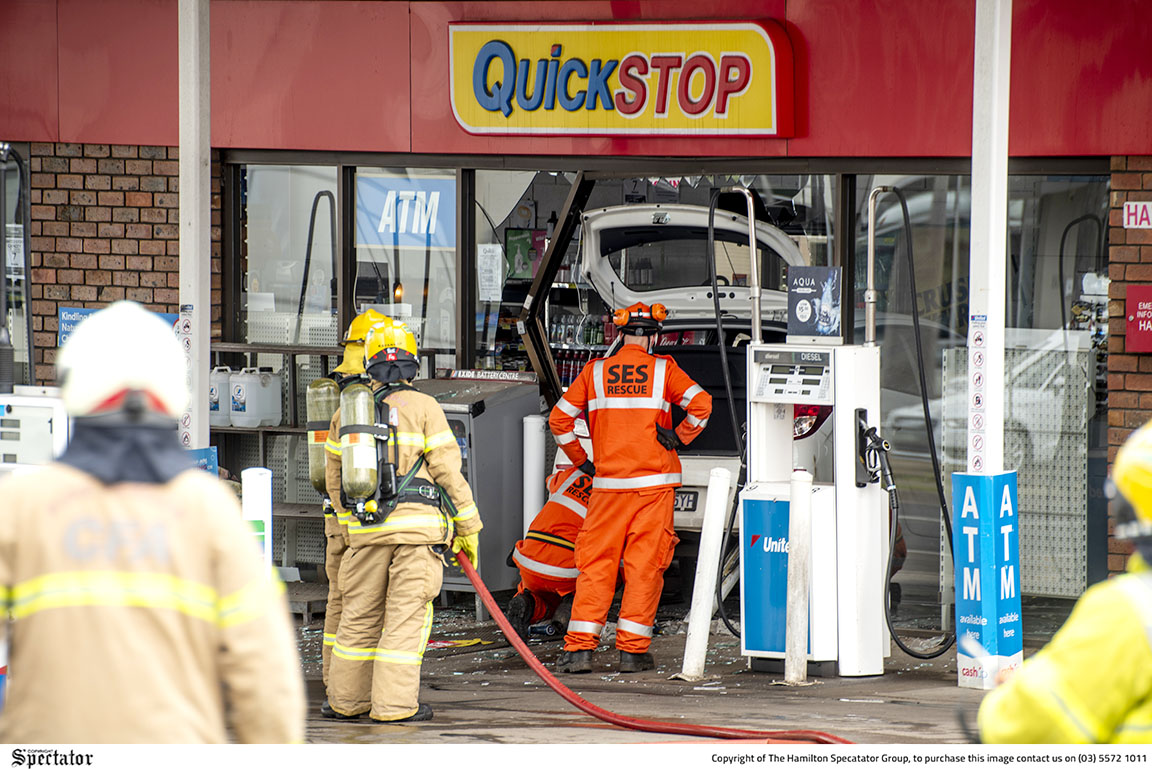 EMERGENCY services were called to the United service station on Cox Street after a vehicle crashed through its front doors on Monday afternoon. Police believe the male driver of the vehicle suffered a medical episode behind the wheel. See story Page 2. Photo: CHRIS DOHENY.
By Spec.com.au

A HAMILTON man in his 50s was taken to hospital on Monday afternoon after crashing his vehicle into the United service station on Cox Street.

Hamilton Police sergeant, Mark Barby said it appeared the man had a medical episode while exiting a business on the other side of the road, leading him to cut across Cox St, crash through a petrol bowser and into the shop about 3.45pm.

Witnesses at the scene were able to help the driver from the vehicle before police, CFA and ambulance crews attended.

The man was then taken to the Hamilton Base Hospital for assessment.