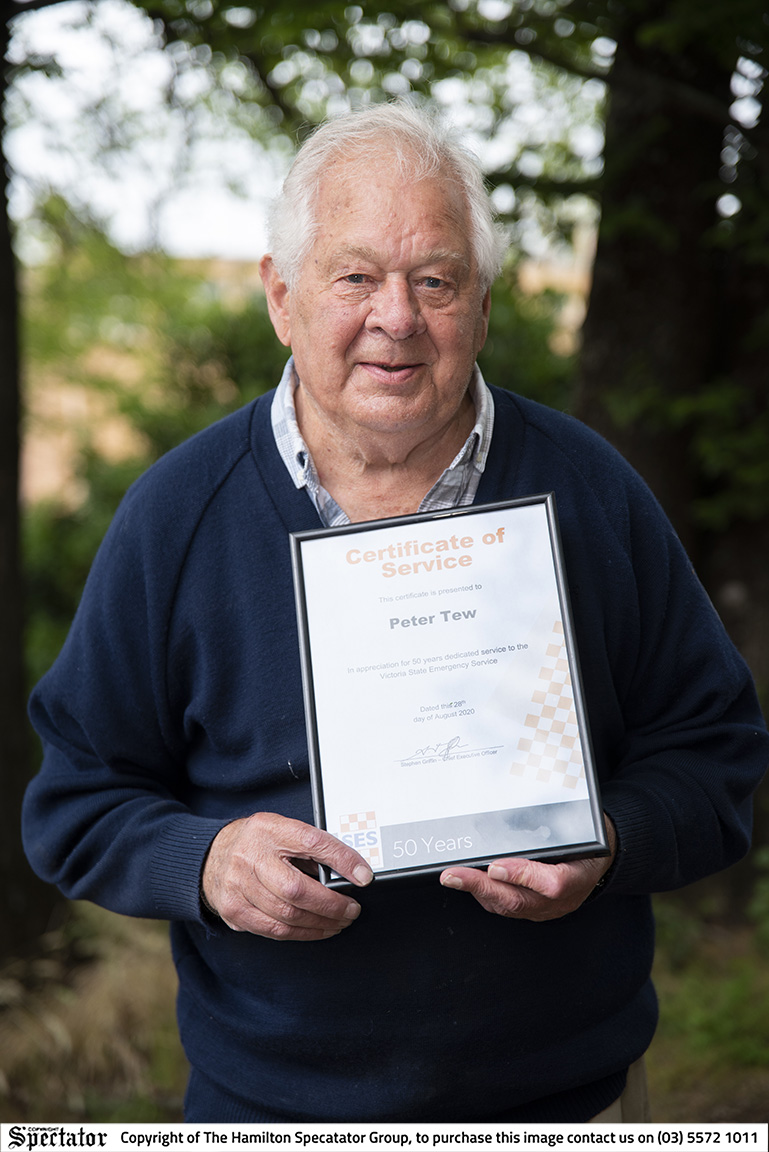 ONE of the Hamilton SES unit’s founding members, Peter Tew, was recognised for his 50 years of service to the organisation recently. Photo: LAUREN HAY.
By Ash Bolt

PETER Tew has seen a lot of change in his 50-year career with the Hamilton SES unit.

As one of the unit’s founding members in 1970, Peter was recognised by the SES for his 50 years of service to the Hamilton community earlier this year.

Peter’s journey with the service began in the 1960s, when he joined the Civil Defence Squad, the predecessor to the SES that was designed to protect Australia from bombs after the Second World War.

“There was a change in government and they said, ‘the bomb’s not going to happen’ and at that time, there 930-odd people killed each year in road accidents, so the emphasis then switched over to road accidents,” Peter said.

The change in emphasis saw the State Emergency Service formed, with Peter serving as one of the 14 founding members of the Hamilton unit.

Patrols return for the summer period
11 hours ago

Overflowing bins not a shire issue
2 days ago

Balmoral shares the dignity
2 days ago