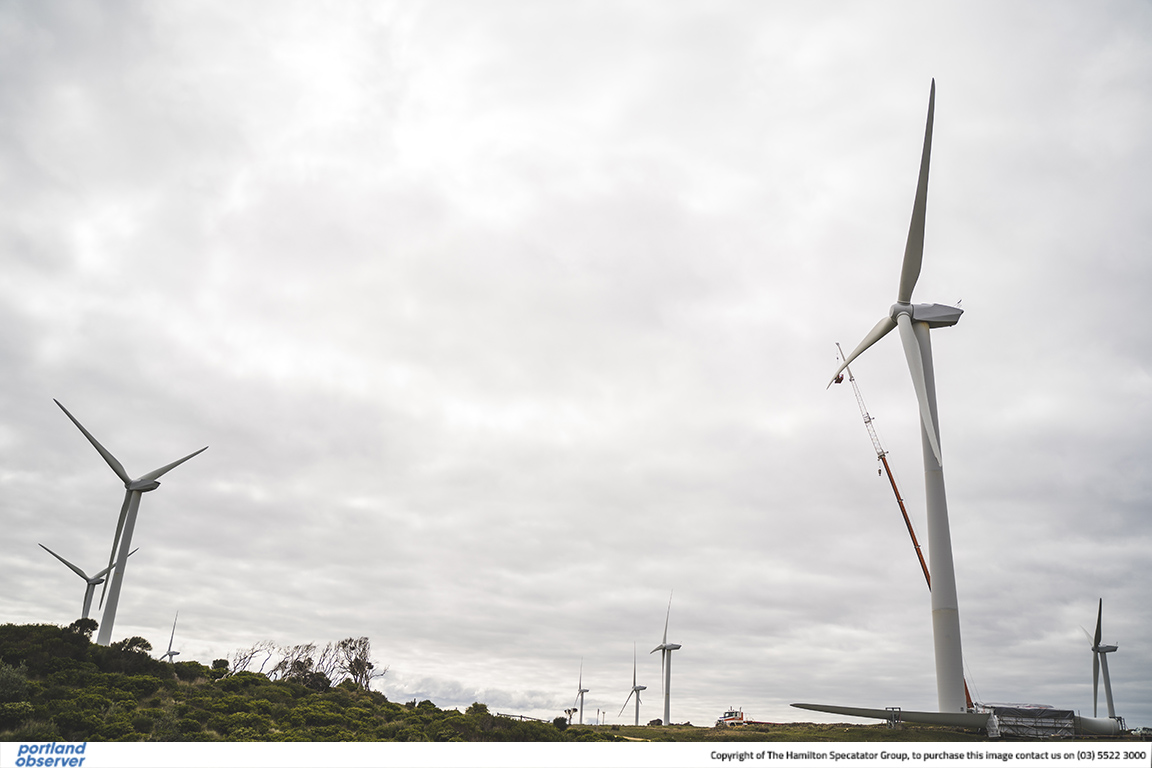 The Ryan Corner wind farm planned for near Port Fairy is owned by the multinational Global Power Generation, which has sold 70 per cent of the power produced to the Snowy Hydro project.

GPG is also the company behind the proposed Hawkesdale wind farm – for which it has an offtake agreement with one of the world’s largest companies in Amazon – as well as stage two of the Berrybank farm.

Keppel Prince executive director Steve Garner said his company had priced the Ryan Corner job for Vestas, which has the contract to build it, but wasn’t holding out hope of building the towers for a local project without some intervention.

Ryan Corner does not come under the local content provisions of the Victorian Renewable Energy Target, as the next auctions for that won’t happen until later in the year.

“We know we’ll be way too expensive because we use Australian steel and our labour,” Mr Garner said of Australia’s only wind tower manufacturer.

“I’m also aware that (steelmaker) Bluescope have approached the federal government as well and they don’t want to miss out.

“Otherwise it will be dumped Chinese steel that goes into those towers which we’ll see come through the port here, and that’s going to be a bad look.

“I’m calling on Scott Morrison to make a stand for Australian manufacturing here.

“The government’s happy to spend hundreds of billions on JobKeeper, but here’s a way you’re saving all these jobs for a very small input and also showing you’re fair dinkum about manufacturing.

“How could the Prime Minister and federal government allow the likes of Snowy Hydro, owned by taxpayers, to buy this power knowing it was dumped Chinese steel and there were no local jobs created from it.

“Anything above the ground will come from overseas, and that would be a real bad look.”

Mr Garner said he appreciated the cost to build the wind farm would increase if using Australian made towers and steel.

“It would maybe cost the project two per cent, but I know as consumers we’d all probably accept a two per cent increase in power bills knowing that Australian jobs are saved and they were getting Australian-made, not Chinese.

“We’ve been suffering for so long against imports and is the extra cost worth it? We’ve been hit with 20 per cent to 50 per cent before.

“That’s the crux of it. To know that the material is going to be dumped subsidised steel plate from China, given what they’re also doing to us at the moment, is offensive, and that the taxpayers are paying to by that power from GPG.

“What we’ve got here at Keppel is about 150 highly skilled jobs associated with that business and there’s a multiplier factor of three or four in the number of extra jobs that follow on from that, especially in a place like Portland.

“Then you have Bluescope in Port Kembla (south of Sydney) and many hundreds of jobs associated with manufacturing steel for wind towers. If they miss out that’s just steel they’re not selling.”

Mr Garner said he had spoken to Federal Member for Wannon and new Trade, Tourism and Investment Minister Dan Tehan about the issue and he was supportive as he had been in the past.

Keppel Prince has battled against foreign competition for contracts for many years, the most recent at the Murra Warra wind farm near Horsham, outlined in the Observer in September, when it missed out to the Vietnamese arm of global company CS Wind despite the bids being a similar price.

US-headquartered GE said that Keppel Prince needed to go through a pre-qualification process to tender for its projects, despite having supplied towers for the company previously.

That was savaged by unions, who questioned the Vietnamese company’s ability to build to Australian standards, and to those of Keppel Prince.

Meanwhile Keppel Prince is looking at expansion opportunities in NSW and Queensland, something the company has considered in the past.

Mr Garner said he and managing director Dan McKinna were going to the Sunshine State later this month.

“The Queensland government are keen to get us involved on some major works there,” he said.

“They’re encouraging us and the developers because they recognise the benefits of local manufacturing and local jobs.”

The meetings would be with industry, government and developers.

NSW was also going to mandate locally manufactured steel in the 12GW of renewable energy projects on the table there. “That says a manufacturing company like Keppel Prince needs to set up in NSW, and we’re looking at it,” Mr Garner said.