Free live music on the lawn this Sunday 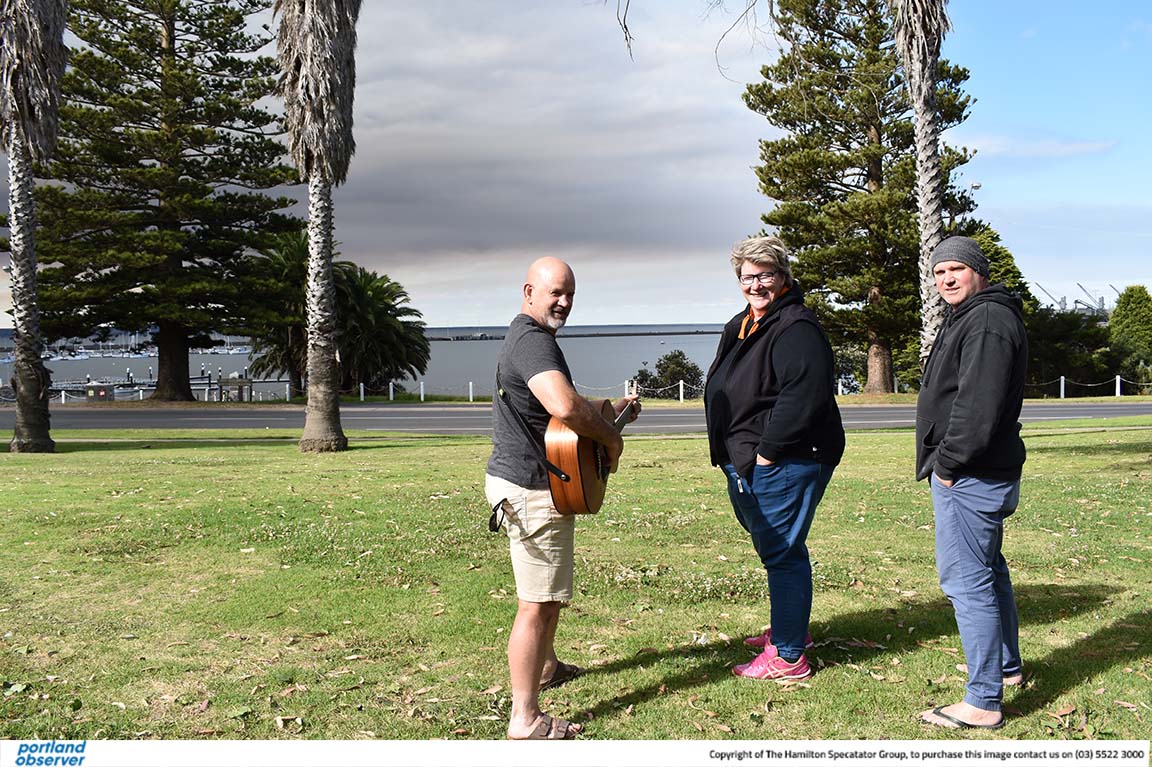 DEAN Outtram, Rosalea Collins and Tony Burgess are pleased the Glenelg Shire Musical Mates will be able to have a live audience fill the lawn adjoining Bahloo Portland this Sunday afternoon. Picture: ANGELA McFEETERS 210224AM02
By Angela McFeeters

LOCAL musicians that found each other or a new audience during 2020 lockdowns are breaking out with a live outdoor performance at Bahloo Portland this Sunday.

The Glenelg Shire Musical Mates was formed on Facebook when COVID-19 peaked and made it tough for people to get out – or just found it emotionally challenging.

The “mates” are an eclectic group of experienced and not-so-experienced public performers who felt compelled to play to a camera whenever they could, sharing their music live or recorded in the Facebook group for other musicians as well as music-lovers to enjoy.

Several of the musicians have then gone on to join a Musical Mates “tour” of the region over recent weekends, performing in Heywood, Dartmoor, Nelson and Portland before Sunday’s second gig in Portland.

The family-friendly show from 2.30 to 4.30pm will extend across the lawn alongside Bahloo (next to Cliff St), with attendees asked to bring their own chairs or picnic blankets.

Different musicians have performed at each show depending on their availability, with The Dads, Jason Walker, the Darryl and Tony duo, Spencer Traceys, Jun Parker, Michael Barr, Sue Anderson, Michael Honan, Kerri Colliver and Dave Bartel to feature this time.

Dean Outtram, who was a popular contributor to the group and won’t be available on Sunday, said Sunday’s bill would be a mixture of music from across the ages including a few original tunes.

Co-organiser Rosalea Collins said the day was a great way for artists and audiences to help fill venues that lost a lot of business during 2020 as well as promoting music.

Food and drinks would be available for sale from Bahloo, she said.