Ready for the end 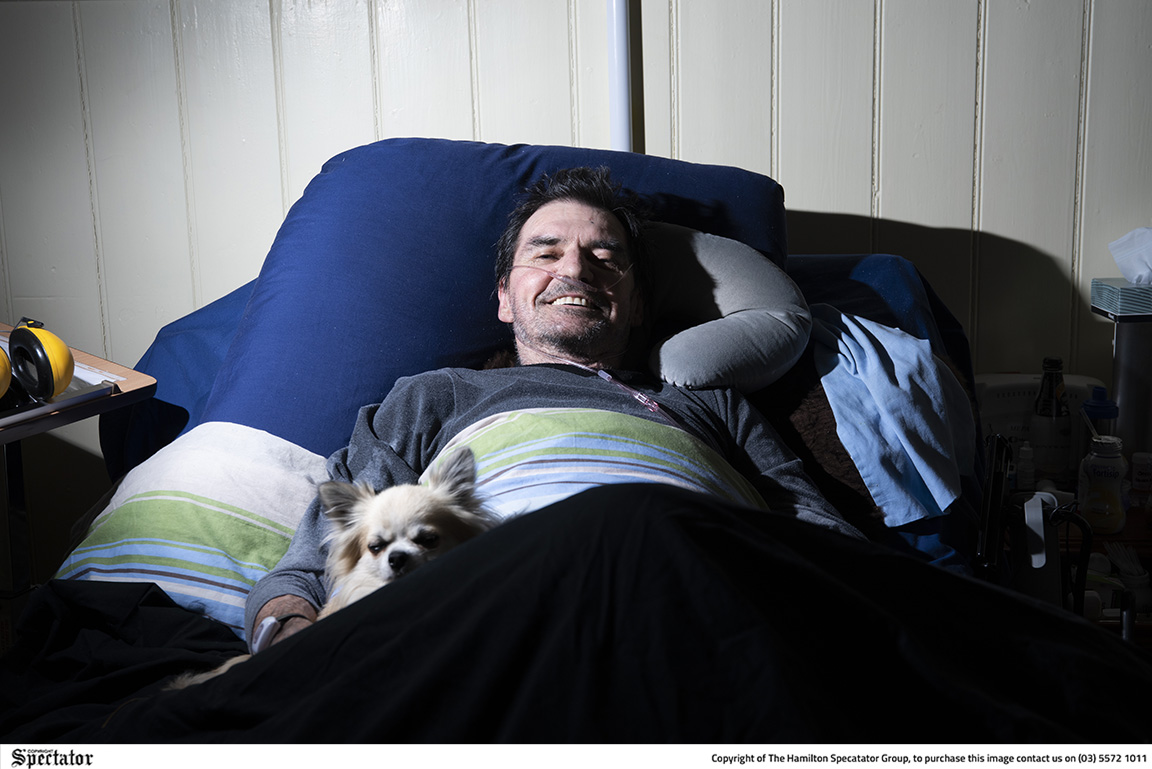 GLENTHOMPSON’S Larry Riley bravely shares his story and the steps he has taken to be approved for Victoria’s new Voluntary Assisted Dying scheme. Larry plans to end his suffering this weekend. Photo: LAUREN HAY.
By Campbell Kirwan

Larry Riley, 69, will self-administer the lethal drug, Pentobarbital, after living with less than 10 per cent lung capacity for the last five years and having his application for a lung transplant rejected.

After being completely bedridden since March last year, Larry told The Spectator he looked forward to escaping his daily pain.

“It’s got to a stage where I just can’t take it anymore,” he said.

“I can’t do anything with my body, and I can't get any better than I am.

“I’ve come to terms with the fact that I'm going to die … I just don't really know when.”

Victoria was the first Australian state to pass VAD laws, with The Voluntary Assisted Dying Act (2017) coming into effect on June 19, 2019.

The provision is only for people facing inevitable, imminent death and experiencing intolerable suffering from an incurable, advanced and progressive disease, illness or medical condition.

The condition must be expected to cause death within six months as assessed by two medical practitioners and is only available to those with decision-making capacity.

According to the Voluntary Assisted Dying Review Board’s report from March 2021, 224 people have died in Victoria from taking the prescribed medications since the Act began, with 281 self-administered.

A total of 581 people were assessed for the program’s eligibility, with 405 permits issued out of 465 applications.

Larry believed the obstructive lung disease stemmed from being a heavy smoker for most of his life, combined with work as a refrigeration technician, exposed to various chemicals, gases and pollutions.