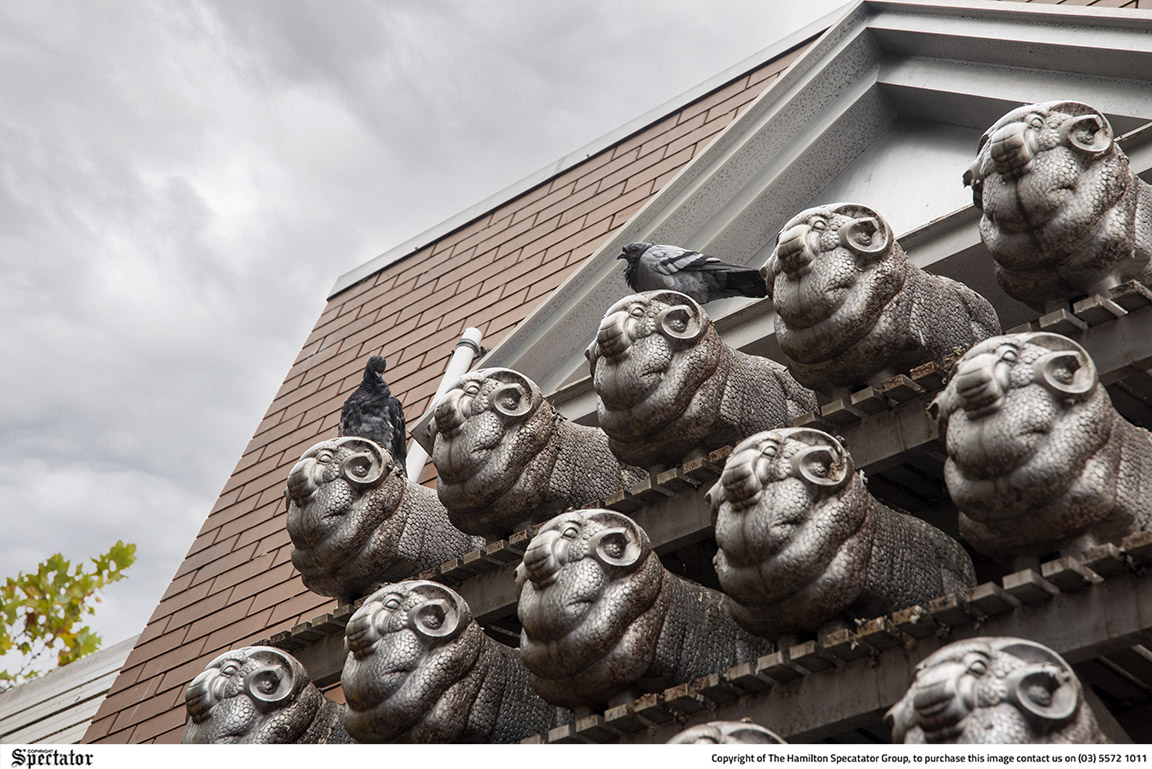 THE pigeons and their droppings outside Hamilton’s Commonwealth Bank have been an ongoing issue for years, but the shire has reiterated it is the responsibility of the property owner to remove the pigeons. Photos: LAUREN HAY
By Tara Fry

THE pigeons outside Hamilton’s Commonwealth Bank and the mess they leave have again become a regular conversation around town.

Several The Spectator readers have recently commented about the “disgusting mess” outside the corner building and asked whose responsibility it was to clean the faeces.

One reader commented the benches out the front of the Commonwealth Bank were “unusable” as they were covered in bird faeces.

The Southern Grampians Shire has reiterated the responsibility for the mess lies with the property owner, and although its officers regularly cleaned the seats, they could not do anything to “eradicate” the pigeons.

“The pigeons on the Commonwealth Bank corner have been an ongoing issue for many years,” a shire spokesperson said.

“The building is privately owned as is the land at the front of the building.

“Our works department inspect and clean the seating regularly, but this is a fairly futile exercise while the pigeons are present on site.