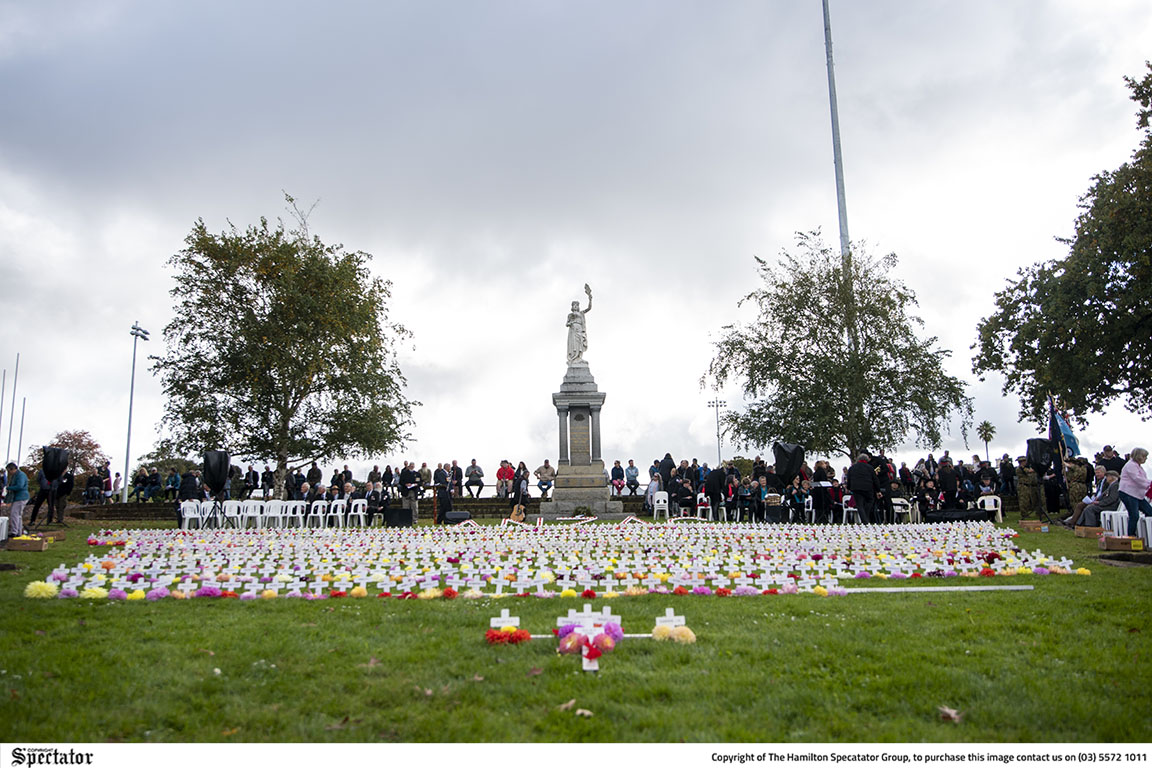 LOCALS joined on Sunday to honour members of the Australian and New Zealand Army Corps, with Hamilton RSL Sub-Branch president, Paul Shewell, impressed by the turnout at both the dawn and commemorative services. Photo: LAUREN HAY.
By Campbell Kirwan

HAMILTON veterans and community members gathered for the first time in two years for the traditional Anzac Day dawn service and official march to commemorate those lost in war.

A crowd of up to 300 people braved wet and cold conditions at the Melville Oval Cenotaph for Hamilton’s dawn service at 6.30am, before many more marched through Hamilton’s main streets ahead of the 11am commemorative service.

The COVID-19 pandemic forced the cancellation of Anzac Day marches and services last year, with people forced to light candles in their driveways to pay their respects.

“It’s just good to see this many people - this is a fantastic turnout we’ve had this morning,” he told The Spectator on Sunday.

“The towns always got behind our Anzac Day services.”

With the COVIDSafe Plan allowing up to 500 people at the Dawn Service and 1000 for the commemorative service, Mr Shewell said attendance was up this year due to number limitations on larger services in other parts of the state.

“We’ve had a few service members attend our service from out of town who would normally attend Melbourne or bigger services, as they can’t go to the big ones now – it’s nice to see everyone,” he said.

“I was really stressed out when they said Perth’s going into lockdown, I thought we’re next, but fortunately we escaped that.”