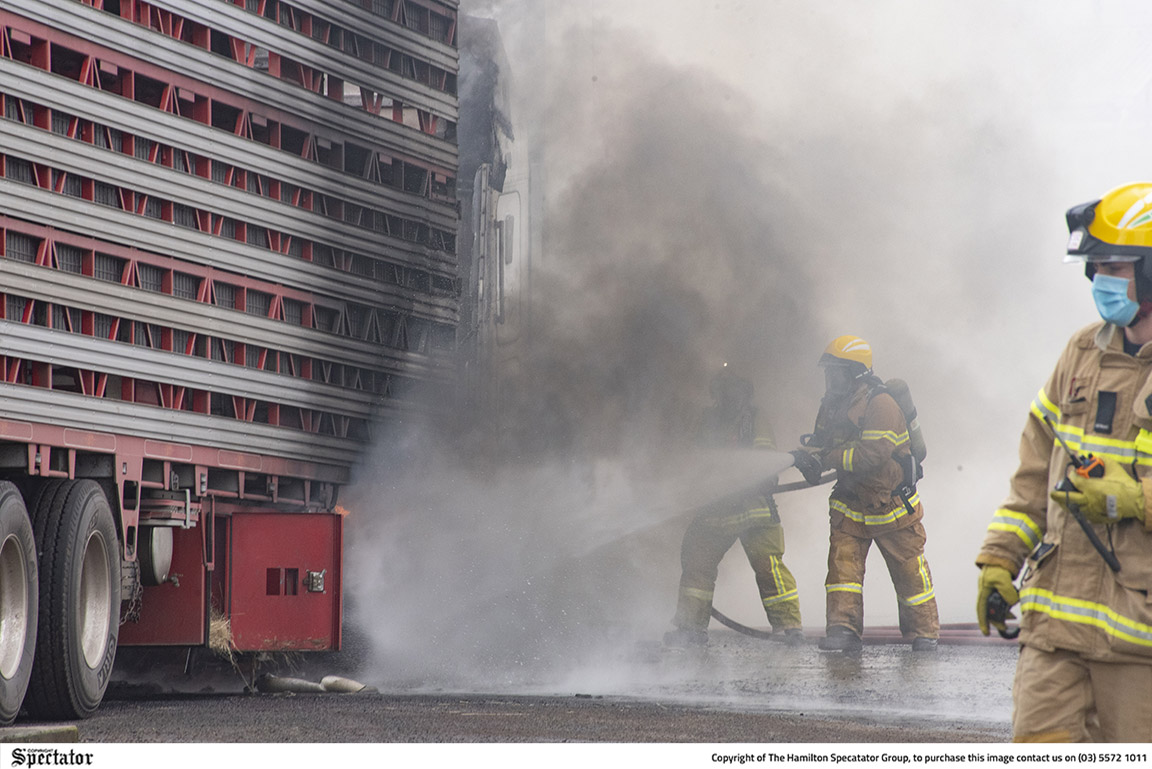 FIREFIGHTERS extinguish a fire in the cab of a truck at the Hamilton Regional Livestock Exchange that claimed the life of a man in his 60s on Sunday. Photo: TASH FRANKO.
By Ash Bolt

POLICE are investigating after a man died in a truck fire at the Hamilton Regional Livestock Exchange on Sunday.

Emergency services were called to the saleyards just before 2pm Sunday after reports a truck was on fire.

A Victoria Police spokesperson said emergency services attended to the fire and found the body of a man, who had yet to be officially identified, in the cabin of the truck.

“The exact cause of the fire is yet to be determined and this stage and is under investigation,” the spokesperson said.

“Police will prepare a report for the coroner.”