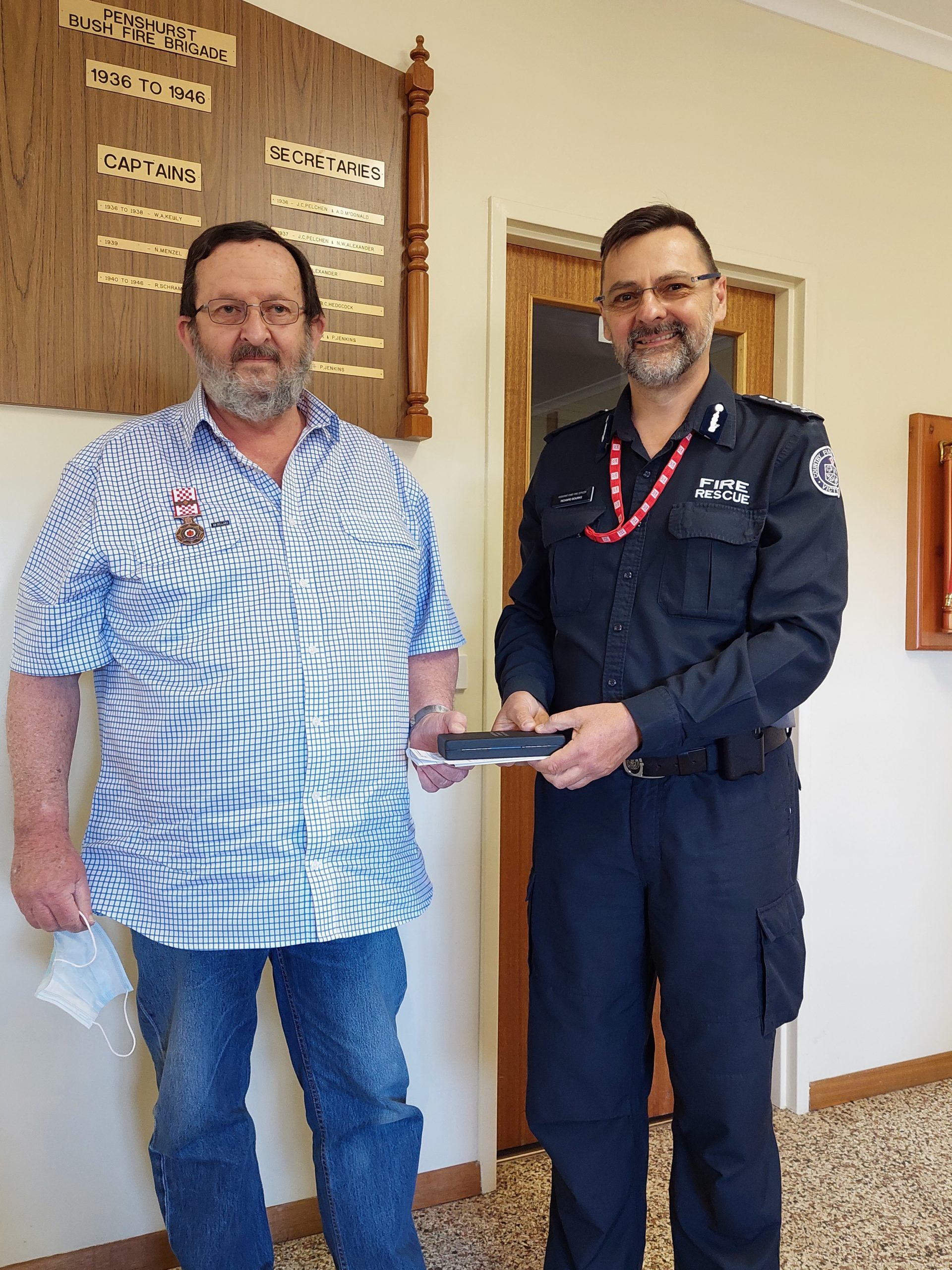 NEW Hamilton Airbase Manager, Simon Wilson was recently presented with a 50-year CFA Service Award. The award recognises more than 50 years active CFA service. Simon was a member of the Gazette Fire Brigade for 40 years and a District 5 Headquarters Brigade member since 2007.

Simon has been a qualified Air Observer and Bomber Loader for many years and took over the important role of Hamilton airbase manager following the passing of Leighton Wraith. Bombing grass and scrub fires and laying retardant in the path of a fire have become an essential part of fighting fires. CFA trucks on the ground, air attack and the team at the airport provide a modern professional approach to combating bush fires.