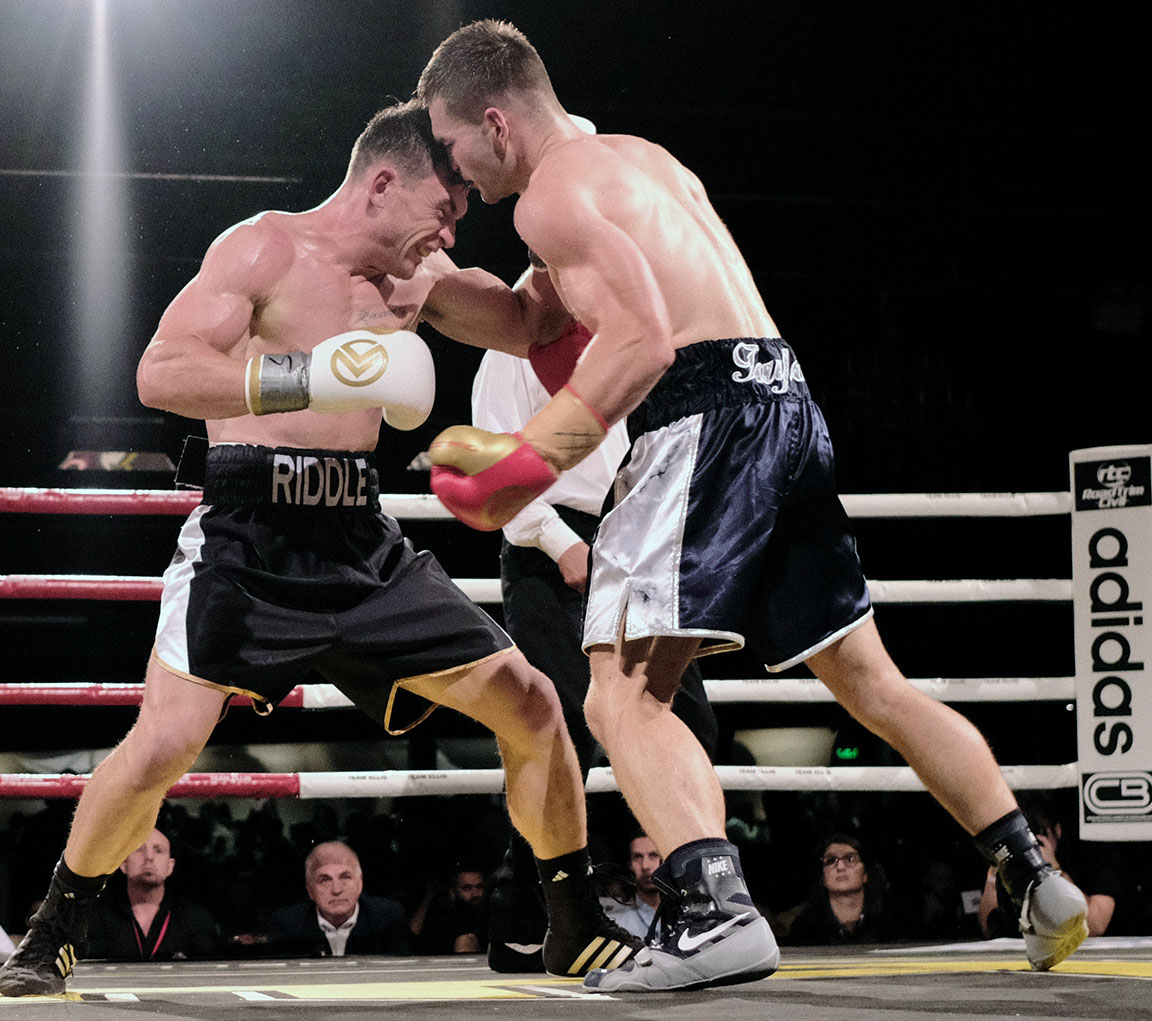 JAYDEN Riddle made the trip down to Melbourne on Saturday in an attempt to claim the Victorian Silver Welterweight Title at Melbourne Pavilion.

Riddle took on Joel Taylor, a boxer with an undefeated professional record after five fights.

Knowing the challenge he would face, Riddle put in a strong camp with his coach, Ray ‘Mocka’ McIntosh, in preparation for his first six-round fight of his career.

Taylor took the early edge against Riddle, winning the opening couple of rounds before the local settled into the fight.

As the rounds progressed, Riddle looked to be more comfortable and while the decision didn’t fall Riddle’s way, McIntosh said there was positives to take out of the bout.