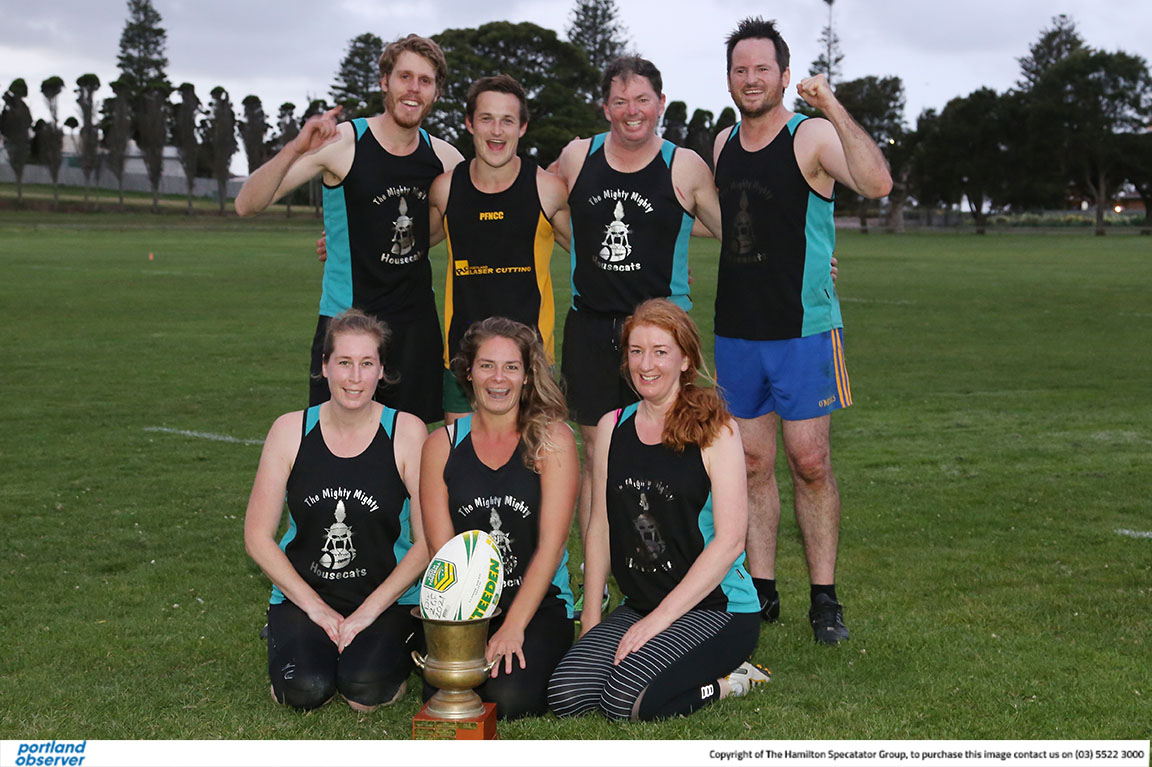 MIGHTY Mighty House Cats have won Division 1 of the Portland Touch Football Association, defeating Touché in a grand final that was insanely close and went to a golden try situation.

Touché started the game on the front foot, scoring six tries in the first half, including four from the hands of the exceptional Rhys Webber.