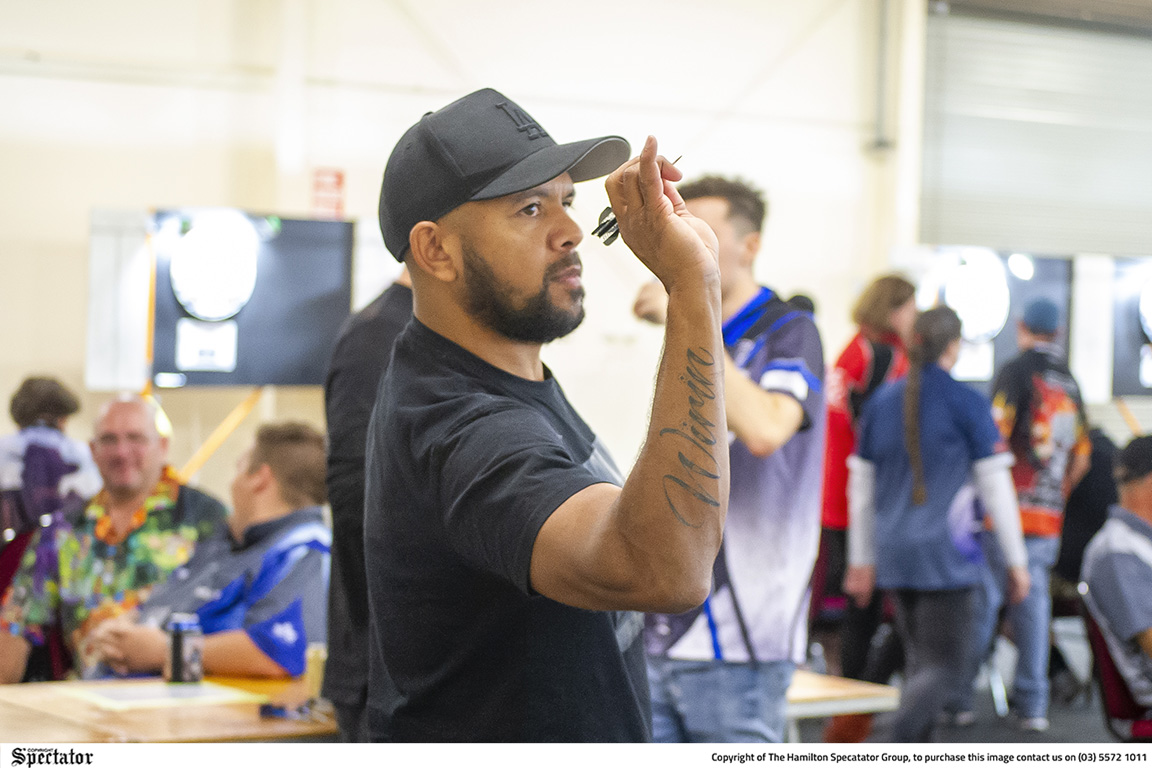 LEON Davis was one of many local competitors at the annual tournament at the weekend. Photo: BLAIR BURNS
By Mitch Lang

THE Hamilton and District Darts Association (HDDA) held yet another successful annual tournament over the weekend, featuring some strong competition from metropolitan players.

With 25 teams, including state level competitors, travelling from around Victoria to compete, tournament director, Mark Hibberd said it was another successful competition.

“Considering we haven’t had an event for 12 months, to have 25 teams travel to Hamilton is a great result, despite it being down on previous years,” he told The Spectator.