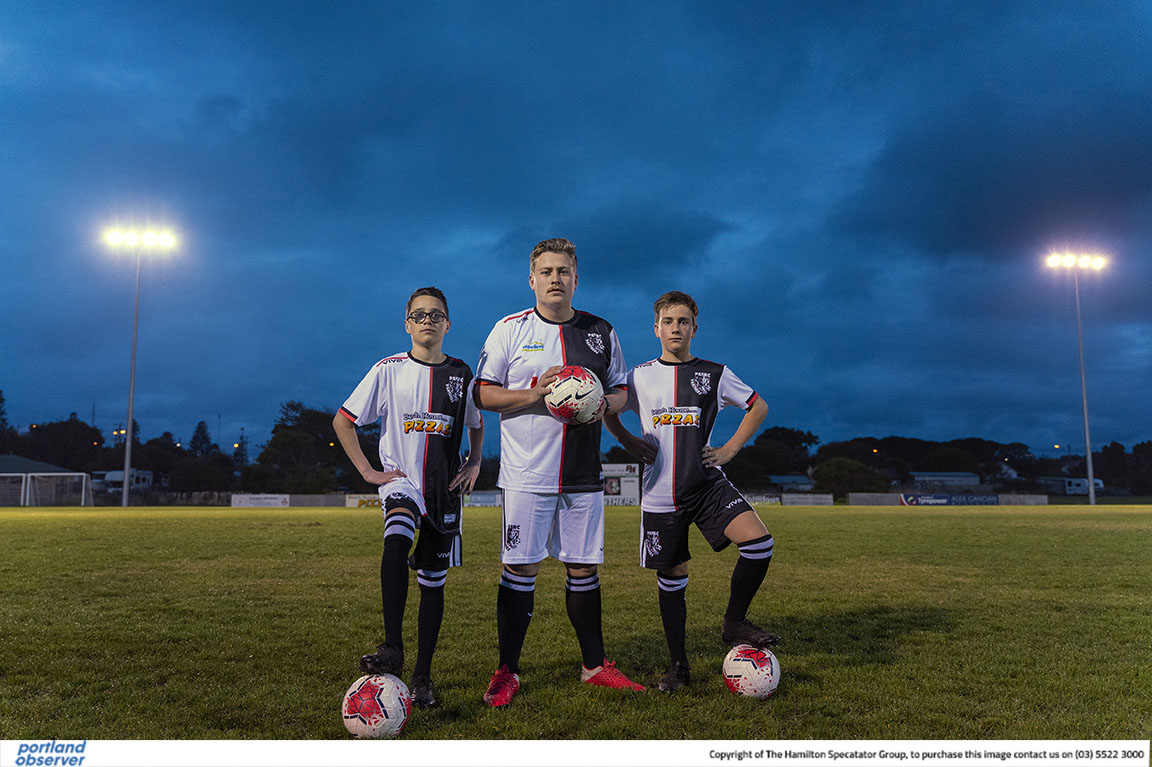 BLAZING a trail: the Portland Panthers’ senior coach, Jake Davies (centre) will boldly lead his club, including junior players Noah McKinnon (left) and Bodie Steele, to the unknowns of the South West Victoria FA when the season kicks off this weekend. Picture: TRACY BOTICA 210427TB02
By Portland Observer

THE Portland Panthers Soccer Club will take a daring first step into the wilds of Victorian soccer this weekend, when they host Hamilton Raiders and Corangamite Lions in their first game in the South West Victoria Football Association.

While the junior grades played games last season in the competition, the seniors did not, and the juniors played there because they could not cross the border to play in the Mount Gambier competition, where Portland has played in the past.