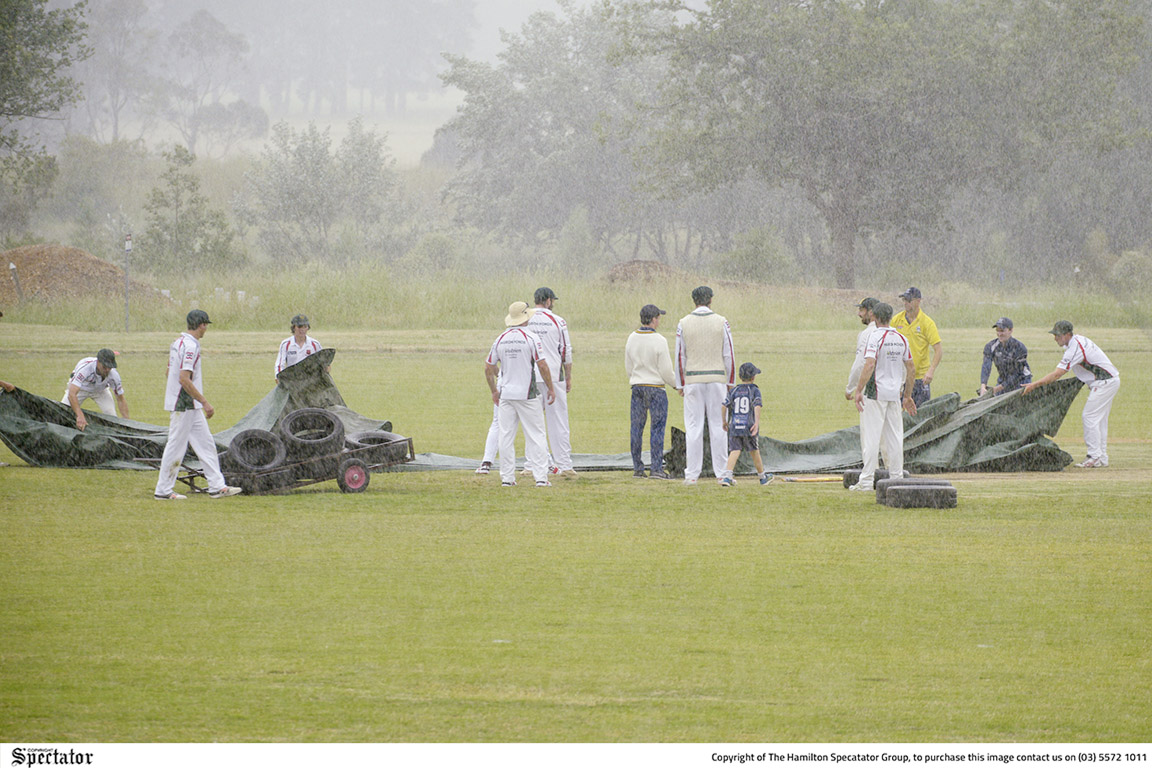 RAIN fell across the district, impacting all A grade games including the Hamilton v Pigeon Ponds match-up at Dahl Turf, with the points shared between both teams. Photo: CHRIS DOHENY.
By Adam Hill

WASHOUT was the theme of HDCA round six games on Saturday with none of the four games finishing  with a winner.

Pigeon Ponds travelled to Dahl Turf to take on the reigning premiers and had an early win, calling the toss  correctly.

Blues skipper, Mitch Lang, and Fionn Neeson made their way to the crease as a result and it wasn’t long until both openers were back in the pavilion, Lang making five, while Neeson could only manage two.