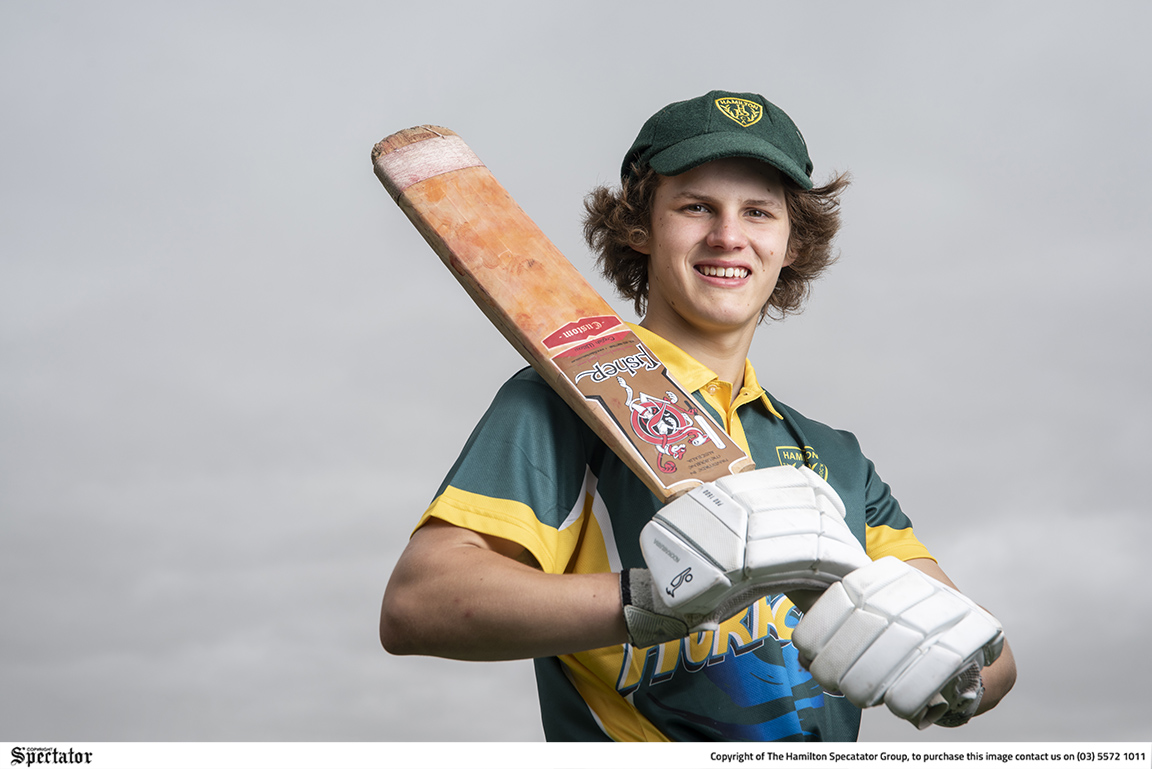 JOCK Barrie smashed 154-not-out to lead the HDCA to a thumping round one win against PDCA in the Under-15 Horsham Country Week round one clash. Photo: CHRIS DOHENY.
By Adam Hill

The game was moved to Mitchell Park, due to recent rain, which also saw PDCA elect to bat first after winning the toss.

Eli Hunter impressed with the ball, claiming 4-12 from 10 overs, as the visitors struggled to form any significant partnerships.