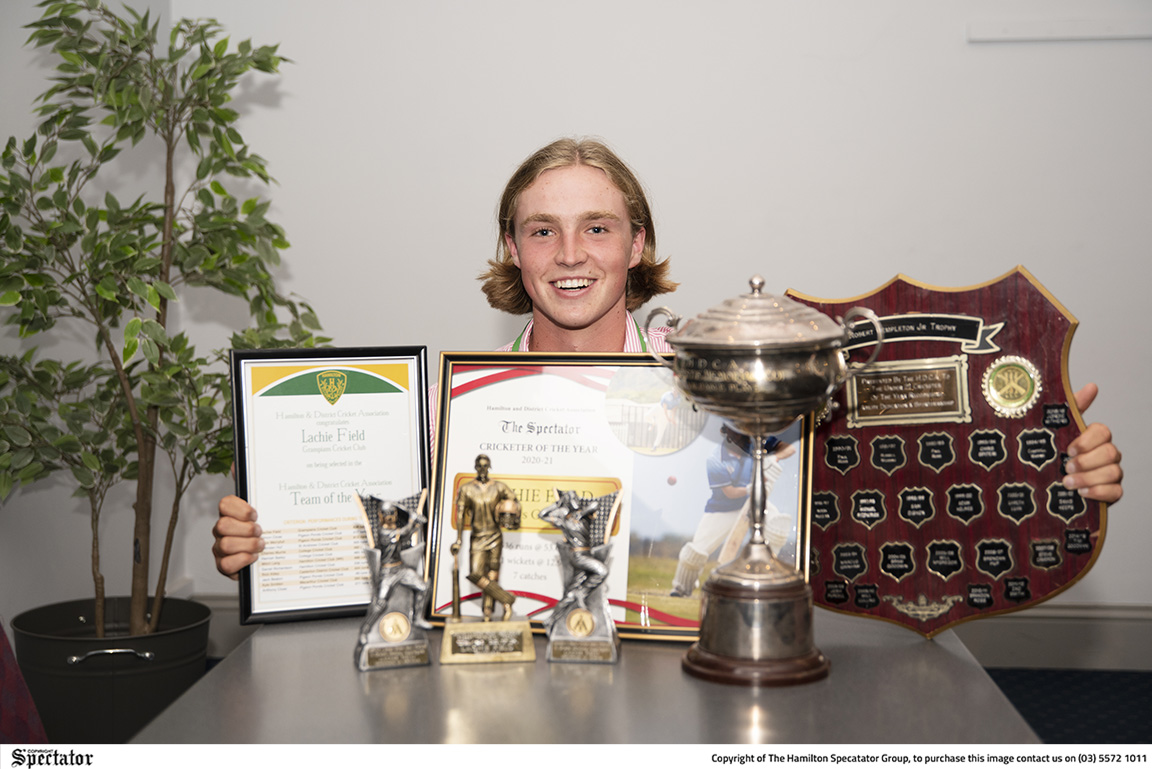 LACHIE Field collected many awards including the 2020-21 P.F. Christie medal on Wednesday night after securing 21 votes, eight more than any other player. Photo: LAUREN HAY.
By Mitch Lang

LACHIE Field etched his name among some of the Hamilton and District Cricket Association’s (HDCA) best names after he won the 2020-21 P.F. Christie medal on Wednesday night.

The night of nights generally has a favourite with around two or three others who are highly fancied to take out the medal, but that wasn’t the case this season.

Field entered the count as the only standout to win the award and after the votes were tallied from all 14 rounds, he stood on top with 21 votes, eight more than any other player.