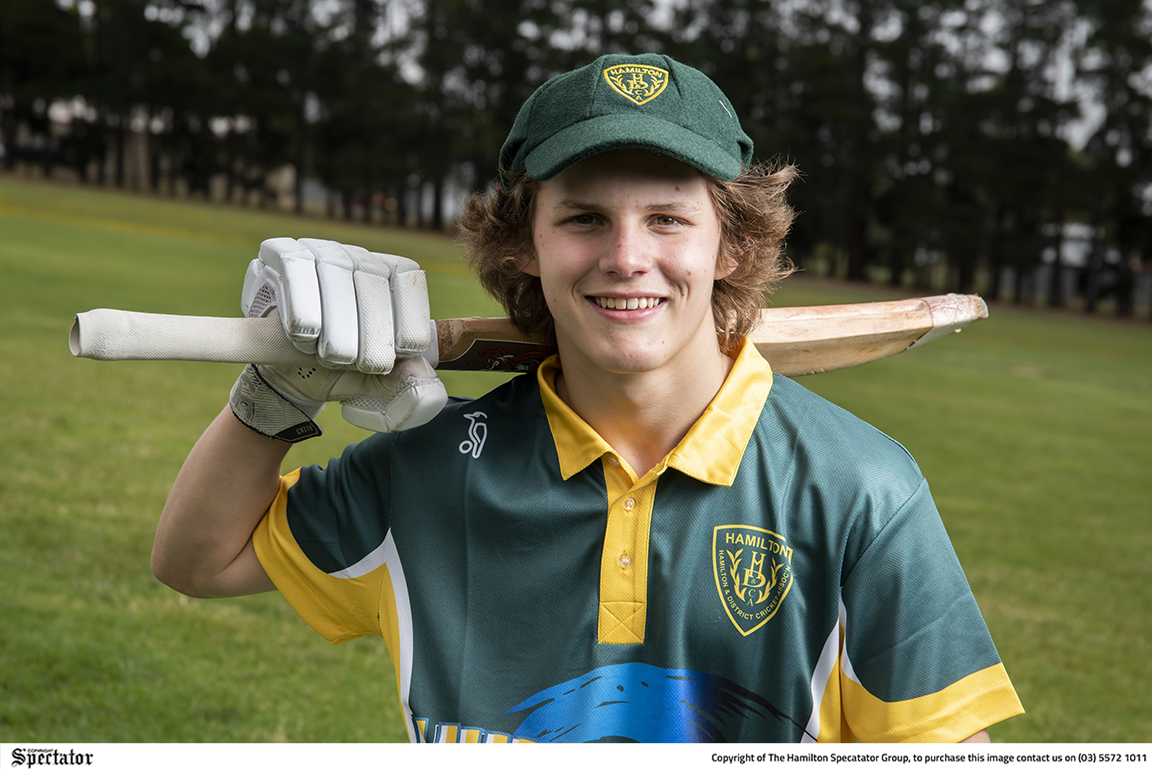 JOCK Barrie will be a player to watch for the HDCA in the Under-17 campaign in Warrnambool from January 3-7 and will be looking to score big at the top of the order. Photo: SPEC FILE.
By Blair Burns

OVER 60 junior cricketers from the Hamilton and District Cricket Association (HDCA) have been selected to compete in junior country week campaigns next month in Warrnambool, Horsham and Portland.

There were great numbers of kids from all around the region attending the tryouts, resulting in five teams being selected, including three Under-13 sides, an Under-15 squad and an Under-17 team.