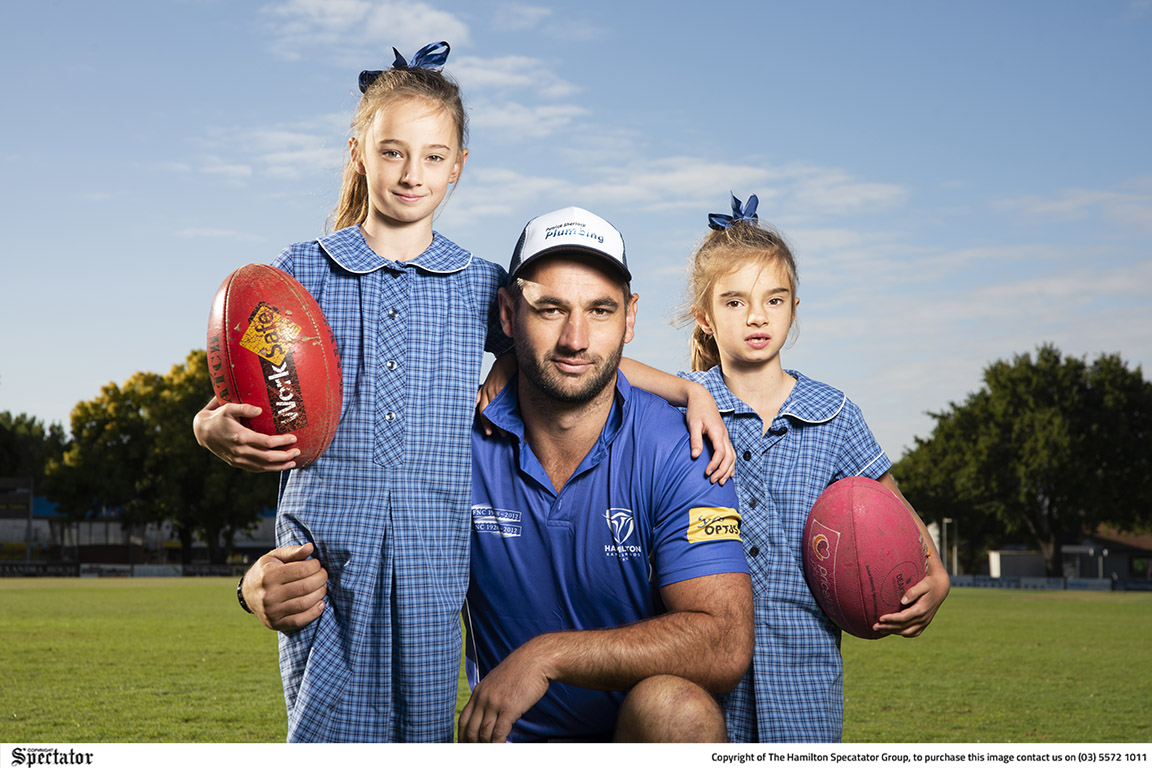 PAT Sherlock has embraced his new role as Kangaroos women’s football coach. His motivation was to ensure the programs remain available when his daughters Taya, 8, and Lexi, 6, are old enough to play. Photo: LAUREN HAY.
By Adam Hill

THE Hamilton Kangaroos have confirmed its senior women’s coach for the 2021 Western Victoria Female Football League with Pat Sherlock set to take charge.

Sherlock has coached juniors at College Magpies and said the future of competitions like the Western Victorian Female Football League (WVFFL) was the driving force behind him taking on the job.

“My oldest daughter wants to play Under-11 footy this year and I thought if I don’t get myself involved in footy, there may be no competition when she gets to that age,” he said.

“My motivation was just to show my daughter that girls can grow up and play football.