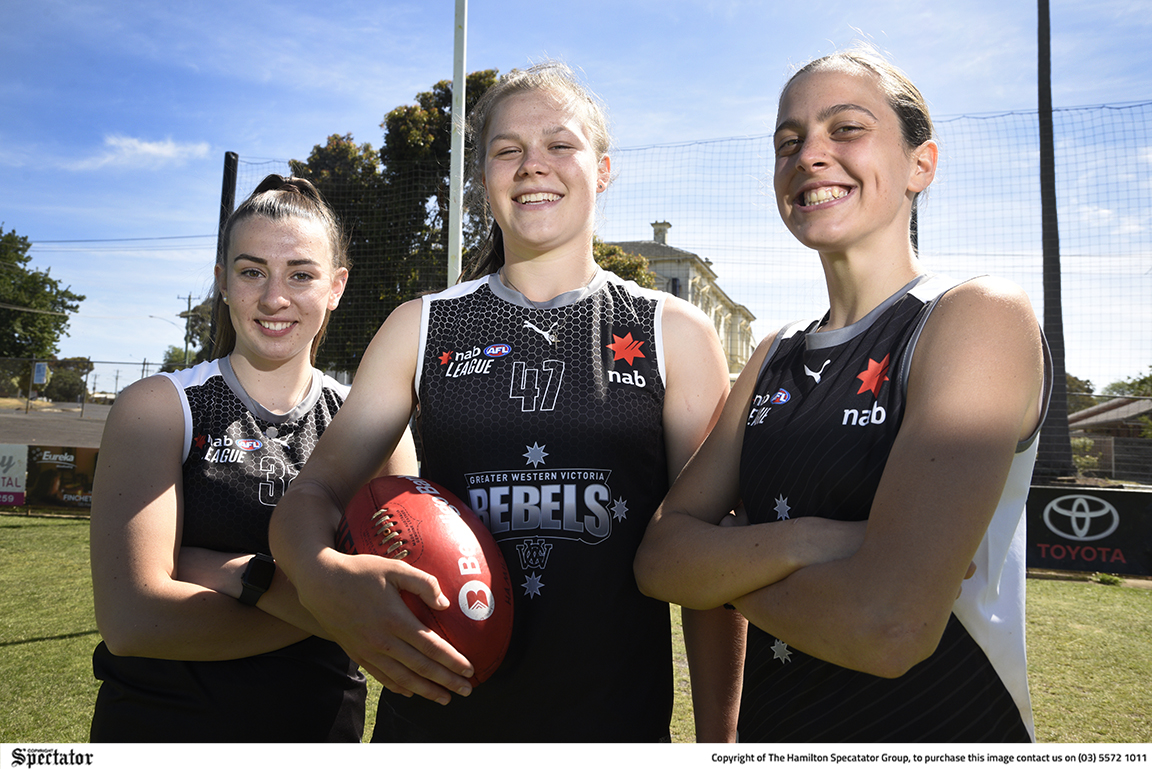 HAMILTON trio, Paige Kissel, Jedah Huf and Jess Rentsch were all selected in the GWV Rebels squad earlier in the week and are now hoping to be selected for round one of the NAB League Girls competition. Photo: BILLY EASSON.
By Blair Burns

HAMILTON trio, Paige Kissel, Jedah Huf and Jess Rentsch received some great news earlier in the week when they found out they had been selected in the Greater Western Victoria (GWV) Rebels Under-19 Girls squad to compete in the 2022 NAB League Girls season.

They were selected on the back of some strong performances in the two practice games and some good results at the NAB League Girls testing day which was held in Melbourne last weekend.