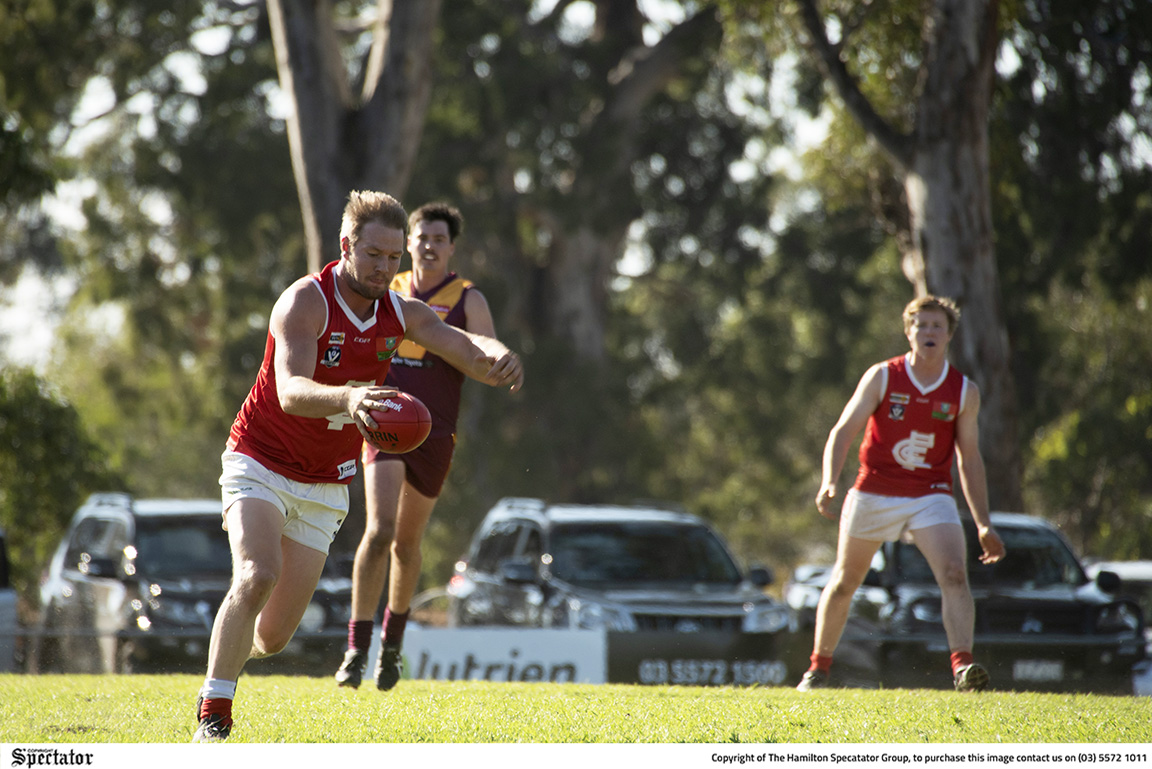 CAVENDISH forward, Sam Gibson has been dominant in front of goal this year and Saturday’s game against Coleraine was no exception, he added another five majors to his season tally, which now sits at 33. Photo: SPEC FILE.
By Admin

CAVENDISH has claimed outright third place on the South West District Football netball League ladder after a complete demolition of Tyrendarra at home on Saturday with an emphatic 17.19 (121) – 1.2 (8) victory.

The Bloods entered the match sitting in fourth place, equal on points with Tyrendarra but behind on percentage, and it was expected to be a very close encounter, but the home side continued the form that saw it defeat top team Coleraine last round.

Arrive and ring the bell
17 hours ago

Fix our road
17 hours ago