Rams wasteful in front of goal as Tigers open gap 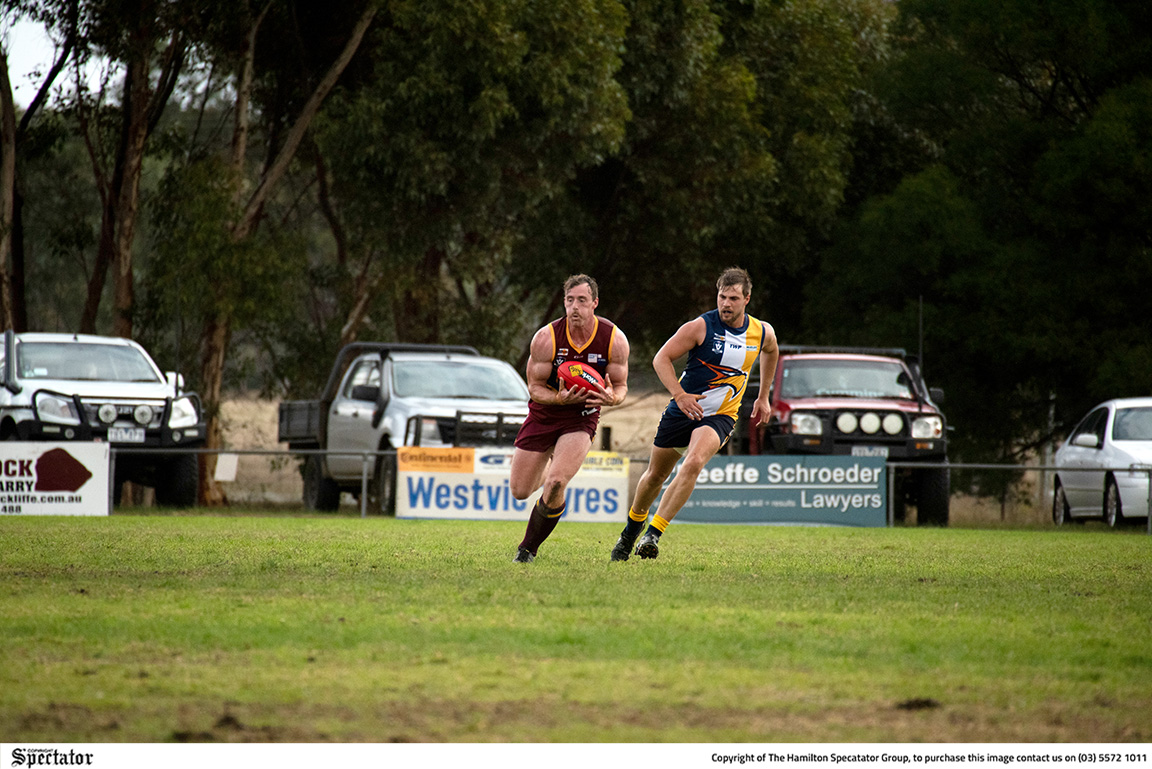 TYLER Fehsler worked hard for the Rams despite the loss, shouldering the full ruck duties for the game. Photo: SPEC FILE.
By Admin

GLENTHOMPSON-DUNKELD has paid the price for being wasteful in front of goal as Woorndoo-Mortlake grabbed the win and opened an eight-point gap on the premiership ladder over the Rams at Glenthompson Recreation Reserve on Saturday, 8.13 (61 ) to 14.7 (91).

The Rams began well in the first half as they took a lead into the first break and at half time, as the players set themselves to perform against a team that sat higher on the ladder.