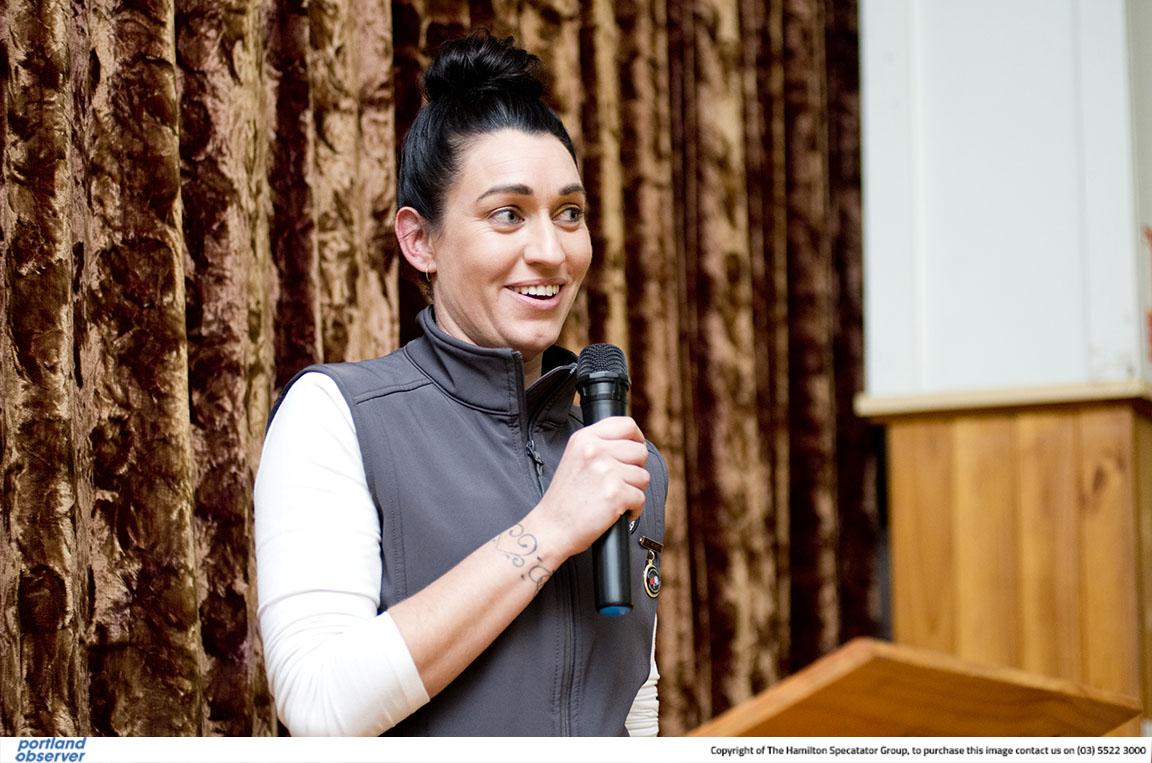 SALLY Morton has been acknowledged for her contribution to community netball winning the Netball Victoria Volunteer of the Year award on Friday night. Morton has played a big role in netball in the South West District Football Netball League which saw her awarded a life membership in 2017 (pictured). Picture: OBSERVER FILES
By Rani Kane

THE Netball Victoria Community Awards were held on Friday as an online presentation with local netball administrator Sally Morton taking out the Volunteer of the Year award as a joint winner.

The awards are hosted each year to celebrate and recognise those in the community that play a big part in netball across the state.

After a tumultuous year for all community sport Netball Victoria pushed to recognise the people that worked to keep netball prevalent in communities.

Morton was nominated for her work as the netball operations coordinator on the South West District Football Netball League advisory committee with the Volunteer of the Year award the central award for the evening.

The netball administrator has been prevalent in umpire coordination and league operations for a number of years but in 2020 specifically, alongside some other committee members, Morton helped get a junior competition off the ground across the region with clubs joining from other leagues to take part.

During her acceptance interview on the night Morton outlined the work that was done by a number of volunteers in the region to get the small competition underway and why South West was recognised for what it achieved in 2020.

“It was probably a joint effort with our club netball coordinators down our way,” she said.

“I’m supported by a great bunch of ladies, in particular another executive Susie Holcombe, and one of our club coordinators Lynda Smith, they were driving forces to get me to do the work and supported me along the way.

“We needed to do something and when it opened up for junior sport to go ahead with competition we grabbed it by the horns, as you say, and gave it a crack; we only got a couple of weeks into it unfortunately before we had to get locked back down and we put a lot of hard work in, but it was well worth the two weeks to see the smiling faces of all our juniors on the court.

“I love it – I’m passionate about netball, especially our little league down here in the corner of Victoria.”

While Morton took out one of the top prizes on the night there were other local clubs nominated as finalists.