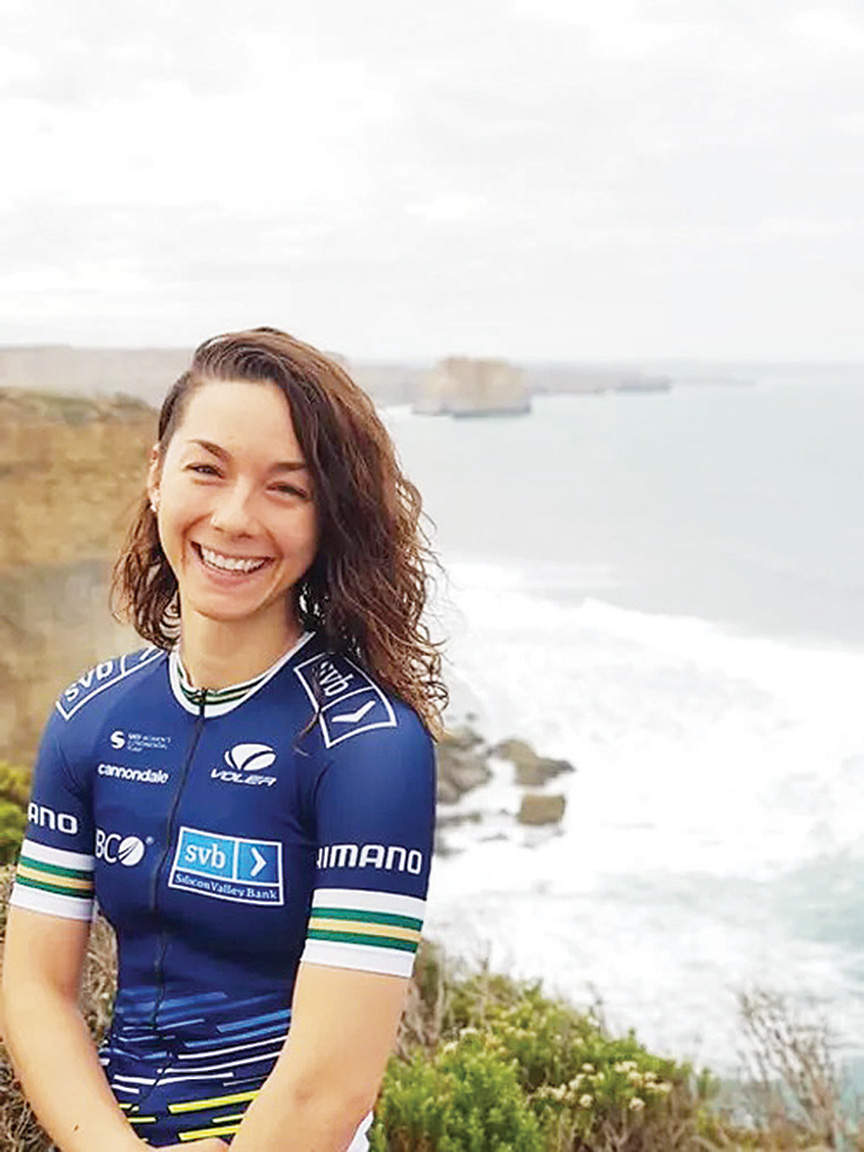 SHANNON Malseed is looking forward to the doors that will open when she retires from professional cycling at the end of 2020. PICTURE: SUPPLIED
By Rani Kane

AFTER a decorated career on the bike, former Portlander Shannon Malseed has decided to finish her professional cycling career at the end of 2020.

Announcing her decision on Friday, the international cyclist said it was three months in the making and she is excited about all the possibilities of a future outside of the cycling world.

Cycling has taken Malseed across the globe with her current USA-based Team TIBCO-Silicon Valley Bank recently competing in Belgium.

Currently in hotel quarantine after returning from Belgium, the 26-year-old said the decision-making process has been in motion for a while, but now that it has been announced she is looking forward to what’s next.

“I’ve been coming to the decision for the last three months; I’d been thinking about it for a long time and once I announced it I had already done the thinking behind it, so now I’m thinking about the next steps,” she said.

“I think 2020 opened my eyes to different possibilities and being home (at Port Campbell/Narrawong, due to injury) for so long made me realise how happy I was being more stable and being at home.

“I went overseas to figure out, ‘do I still love it?’ and if I had the passion for it like I had years ago; the answer was yes, but at the same time I was finding it more of a struggle to find that passion and I was thinking more about the next chapter, so at that point it became pretty obvious what my decision was.”

Cycling has been a part of Malseed’s lifestyle since she was a teenager and while she is closing the door on her professional career, she is grateful for her time on the bike and everything that has come with it.

“People have been congratulating me on my career and, even though it was short, I achieved some really cool things and met some amazing friends who I’ll be friends with for life,” she said.

“I’m really grateful for what cycling has taught me and the great memories I’ve had; I’ll miss it - naturally, for example travelling is something I love and cycling has allowed me to do that, even this year, so who knows when that will come back.

“We do get to see amazing places as cyclists, but most of the time our heads our down looking at the wheel in front of you.”

Moving away from a lifestyle that has been developed across her young adult life can be a tough process; but Malseed feels ready to tackle the unknown and life beyond the bike.

“It can be a hard thing to really listen to yourself; there are a lot of what-ifs and it’s really scary to think about the fact I’ve been an athlete my whole life, I’ve always been super focused and to think about making such a huge change was definitely scary,” she said.

“It can sometimes be easier to stay doing the same thing in life, or maybe not easier but there’s definitely more certainty; I know the lifestyle of cycling, I know how that works, so it’s scary to step away from that but I’m choosing to see it more as excitement.”

Moving forward Malseed is excited about the opportunities that will open up in different areas of her life.

With mindfulness a huge part of both her cycling career and grounded attitude, she is hoping to explore options in mindfulness coaching and other aspects of spirituality and developing a positive mindset.

“I’ve had a few things I’ve looked at and I’ve had a lot of ideas in my mind running around and I’ve started to take some small steps with what I’ll do next,” she said.

“I’m doing my yoga teacher training and that has been really fulfilling so far.

“I’m also hoping to start a mentoring community, I’ve done a bit of mindfulness mentoring with the women’s team at Subaru Giants and I really enjoy that.

“The space of mentoring in mindset, spirituality and mindfulness is really fulfilling for me so I’m looking to expand on that and they’re good branches to work with.

“Thinking about the next steps can be a daunting process but I’m consciously choosing to turn that into excitement and see what else is out there for me.”