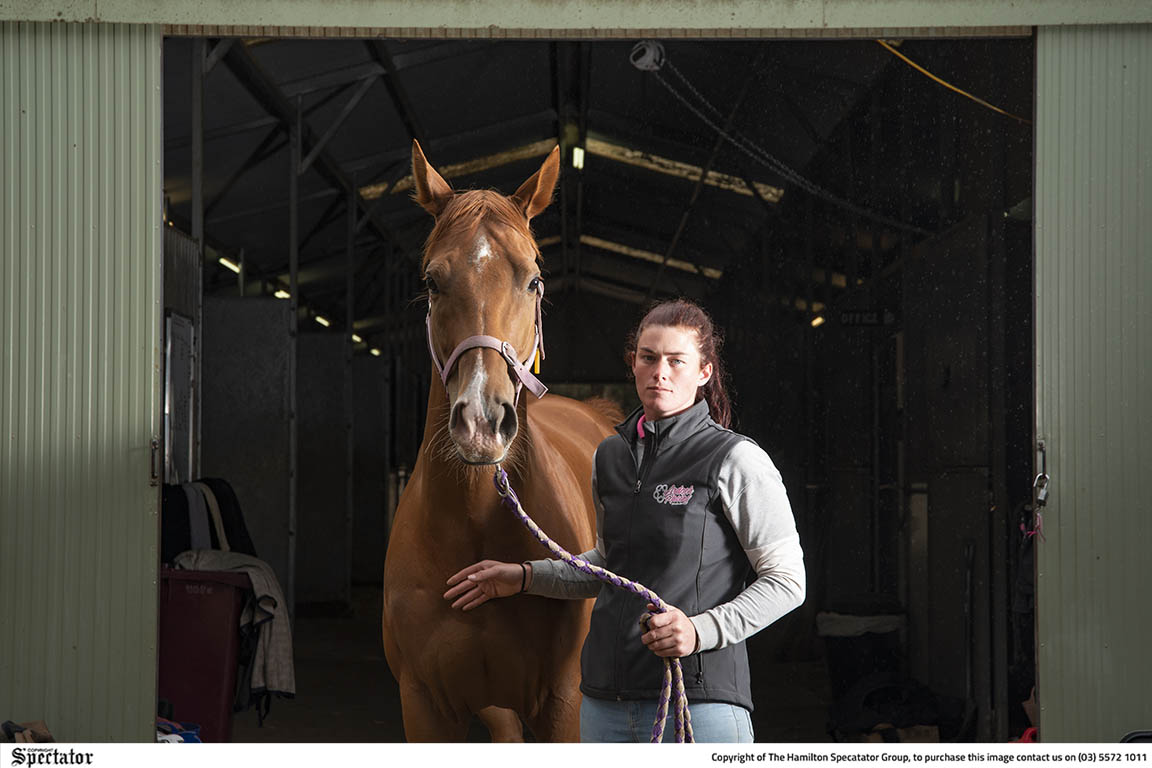 JESSIE Constantine is one of nine trainers who will be forced to relocate from the Hamilton Racing Club before March 28. Photo: LAUREN HAY.
By Adam Hill

TRAINERS based at the Hamilton Racing Club are now looking for new facilities with the stables and track set to close for training at the end of the month.

Trainers and stable tenants received a letter last week alerting them to the change with all training activities to cease by March 28.

Nine trainers utilise the Hamilton track, including Jessie Constantine, who moved her business to the facility nine months ago.

The 28-year-old, who moved from Wando Vale, said she now had to assess her options with minimal alternatives available.